Is Your Checkbook Putting You at Risk for Fraud? 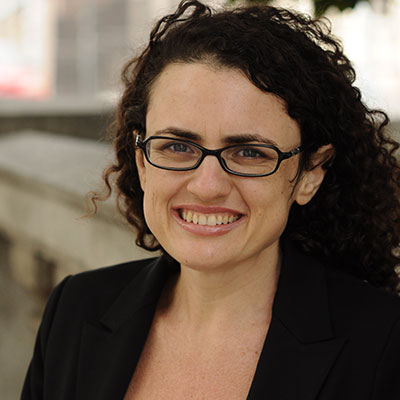 Checks may seem like they're getting obsolete but they're still a huge part of the U.S. financial system: 17.8 billion checks totaling $28.8 trillion were paid out in 2016, according to the most recent data from The Federal Reserve.

While check usage is decreasing—2016's tally was down about 3% vs. the 2012-2015 timeframe—check fraud is up, jumping 28% to $789 million in 2016, according to the American Bankers Association (ABA) recently released 2017 Fraud Deposit Account Fraud Survey Report.

While other types of fraud like debit card fraud decreased, check fraud increased for the first time since 2008 and was the second-most common fraud at banks behind debit card fraud, representing 35% of all bank deposit fraud.

"We have long anticipated that fraudsters would change their tactics once chip card technology was implemented in the U.S.," says ABA Chief Economist James Chessen. " The survey shows attacks have shifted more to other payment platforms like checks and online transactions."

A Real Check Fraud Story… Or Rather Nightmare

If you've ever had to dispute a credit card charge, it was probably relatively easy. You called your bank and you were more than likely given a temporary credit while they researched to see if the charge was fraudulently placed. I've resolved many charges this way. But check fraud is different as the following story of my friend—let's call him Joe—demonstrates.

Back in September, Joe mailed his mortgage and IRS checks totaling over $10,000, and they were stolen when someone broke into the mailbox he mailed them from. The thief then changed the amount on one of the checks, which was enough to wipe out Joe's bank account completely.

The bad news—his account was overdrawn. The good news, at least, is that he found out about it quickly.

Joe immediately contacted the police to file a report. They told him that taking action quickly is crucial to give them a solid chance at prosecuting the fraudster.

What is Your Bank's Obligation To Help?

Joe claims that when his checks were fraudulently cashed, he didn't get much assistance at all from his bank, Bank of America. Rather than a temporary credit, they offered up a home equity loan where he would be charged interest on the funds until the money was recovered.

Bank of America told me "‘they resolve these issues within 30 business days,' but failed to mention that doesn't include how long it might also take to reclaim the money from the financial institution that honored the original stolen checks," Joe said.

Before any trial takes place, banks will work to track down the money. But whether or not a bank offers a temporary credit is up to them. "Depending on the specific claim, provisional credits may be provided, and we look at that on a case-by-case basis," says Betty Riess, a Bank of America spokesperson.

However, they don't share internal guidelines for what determines when a credit is offered.

After another call to Bank of America, Joe said the bank "let me know that they've done everything they're obligated to do according to whatever guidelines and at this point they're waiting on a response from the bank of first deposit [which can take] up to 126 business days for a response."

Luckily, Joe was able to borrow money from a family member to cover his expenses while he sorts out the aftermath. But not everyone has someone they can turn to for financial support. Joe feels lucky for the family help, but he's still having to pay it back, had to greatly reduced his spending, and has had to arrange payments with creditors.

He's also taken time away from work to devote to the lengthy process involved with getting his money back. Being self-employed, this means less pay while being out over $10,000 until the money is recovered. He expects he'll have to take more time off work to go to court as well.

Like many victims of theft and fraud, he's not just out money, but the time spent and emotional toll add up to create chaos.

What Should You Do If You're a Victim of Check Fraud

If you are a victim of check fraud, you'll want to take immediate action to report the fraud and get ahead of any potential payments that may be impacted by contacting those lenders or creditors.

"Checking account fraud is one of the most difficult types of identity theft to resolve," says Eva Velasquez, president, and CEO of the Identity Theft Resource Center. "Although resolution is not an easy process, there are steps that can be taken to mitigate your case."

You can contact the Identity Theft Resource Center so one of their advisers can walk you through the resolution process. Experian IdentityWorks and Experian CreditWorks members also have access to dedicated fraud resolution support agents for help with fraud and identity theft issues.

Read more about check fraud and what to do if it happens to you.

If you haven't had check fraud occur yet, keep your checkbook in a secure location, use bill pay, limit check writing, and contact the person or organization you write the check to in two weeks if you don't see it was cashed.

Also, you can confirm online or contact anyone you send a check to in order to make sure they show they credit the payment to your account within a reasonable time. A little diligence generally helps in most situations.

"You have to monitor your accounts because the banks don't do a good job monitoring them," says Sofia Balile, a New York-based consumer protection attorney. "The last incident of check fraud I had was about $7,500 was taken out of my business operating account in the bank didn't notify me until the 10th check was issued to the same person for the same amount over the period of a month. If I had been monitoring more closely than I would have caught it before the bank."

"Wells Fargo was excellent with fixing the mistake, crediting the money, getting a new bank account and better checks, but I wish that they had realized the issue a long time before they did," Balile added.

Matt Smith, Director of Government Relations and Consumer Affairs with the State of Connecticut Department of Banking, explains that your state's law and the bank's terms and conditions will generally determine how long you have to report a stolen or fraudulently cashed check.

How to Protect Yourself From Identity Theft

What Is Dark Web Monitoring?

While You’re Playing Fortnite, Fraudsters Are Looking to Play You