The Hidden Costs of Identity Theft 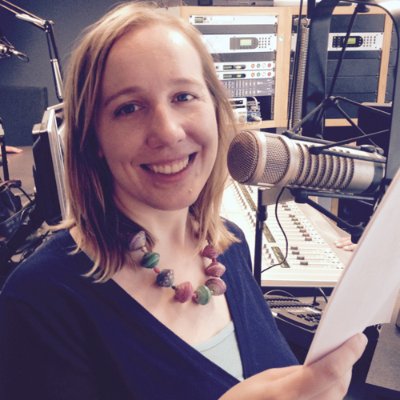 Identity theft claims more victims every year and it's no surprise that it often costs those victims time and money to clean things up after fraudsters steal their identity. But there are other things—some unexpected—that come with a stolen identity and the Identity Theft Resource Center (ITRC) has an annual Aftermath Study that covers the details.

Many other studies look at the financial impact and even time spent resolving identity theft issues, but few dig deeper to really understand the emotional and psychological stresses caused by identity theft.

We sat down with Eva Velasquez, CEO and President of the Identity Theft Resource Center, who shared some details of the latest study from the end of 2017, tips for how to protect yourself, and advice on what to do if you are the victim of identity theft.

What follows is a summary of that conversation, which you can listen to below, as well as some helpful pointers directly from Velasquez. Listen to the full conversation with Eva from ITRC here:

What Is The ITRC Identity Theft Aftermath Study?

In 2003, the then founder of the ITRC noticed was there was this big disconnect in terms of how the industry was measuring the impact of identity theft. Most of the time, organizations are only measuring the financial impact, how much spent out of pocket and how many hours of work you miss. She knew anecdotally from her own experience and by talking to others that there was so much more to it than that and figured why not measure what those effects are to understand the full picture.

Over the years, ITRC has really gone much more in depth. They've begun tracking more and more types of issues that people may encounter, so it's anything from the financial impact to the emotional, physical, and behavioral. Over the last two years, they've gone much deeper adding the lost opportunity costs or the downstream effects. They just keep finding that every time we ask more questions about what the experience was, it comes out that there are so many more tentacles to this challenge and to this problem.

"We've often found that when people think of identity theft, they think about the financial ramifications associated with this crime on its victims, not the emotional impact," said Velasquez. "In looking at the Aftermath results, we continue to see the emotional devastation caused by this crime, which further reiterates the need for all stakeholders—consumers, industry, and government—to work together to influence change and ultimately reduce the amount of people impacted every year."

What Are the Big Issues Caused By Identity Theft?

Anyone who has been the victim of identity theft knows that the experience is likely to cost you time (in the form of hours spent on the phone trying to resolve it) and money (in the event that the criminals have gained access to one or more of your accounts). The statistics from The Aftermath study show:

When it comes to the emotional impact of identity theft, many feel annoyance about the fact that they have to spend so many hours dealing with the problem, often taking time away from work. But there's more to it. Victims of identity theft lose trust in systems that are in place to protect them because those systems have demonstrably failed them.

One minute, they're walking around in the world thinking they're safe from this issue, and the next, they have this experience and they realize they're not safe at all. It can be a real shock. This lack of trust often gives way to a fear for your security and anger at being violated.

In addition, consider these Aftermath statistics about the emotional impact of identity theft:

75% of identity theft victims reported that they were severely distressed by the misuse of their information.

One noteworthy stat from this study is that one-fourth of respondents said they sought professional help to manage their identity theft experience—either going to a doctor for their physical symptoms, or seeking some kind of counseling (therapy, group therapy, or some kind of support in that manner for the emotional implications).
And we can probably surmise if that many people are seeking help, there are likely others who may want or need help, but don't seek it for one reason or another—such as the cost or a feeling of embarrassment associated with asking for help.

There can be a feeling of shame associated with "falling for a scam" even though scammers are really good at seeming legit and it's nothing to be embarrassed about because it can happen to anyone. Particularly if somehow you had some level of responsibility, like maybe you gave your information away in a scam or accidentally lost your wallet, victims can beat themselves up or feel ashamed.

When it gets to the level of things like a romance scam, where you actually were gullible and somebody violated your trust, it can really be something that someone doesn't want to admit or talk about with others.

Can You Tell If Your Identity Was Stolen?

Maybe. Maybe not. There are things you can do to try to stay on top of things and look for red flags—and we list some of those below. The Aftermath study also looks at the amount of time it took people to find out they were a victim.

While a majority of people find out in within three months, 16% of people, didn't find out for three years.

Why is it that identity theft can remain undiscovered for months or even years?

Velasquez explains that it really depends on how people engage with the outside world. Most people find out that they are a victim of identity theft when they face a specific roadblock—like a loan that's denied.

I wish that people would call us in the call center and say, ‘You know, I was checking my credit reports like I do every three months regularly and proactively, and I noticed this one account that isn't mine, and I need your help. How do I report that I'm a victim of identity theft?' But that's not what happens."

So How Can People Help Protect Themselves From Identity Theft?

Velasquez shared these tips with us to help protect yourself from identity theft:

If you do end up the victim of identity theft or fraud, there are resources to help. ITRC has plenty of tools and you can also find helpful information here on Experian.com.

5 Cities With the Most Student Loans

10 Cities That Revolve Around Credit

What Is Shoulder Surfing?

The Many Different Forms of Identity Theft