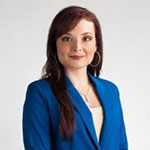 I've been house hunting for more than a year (in Orange County, CA) so anything real estate- related catches my eye. Recently, I came across the State of Hispanic Homeownership Report by the National Association of Hispanic Real Estate Professionals (NAHREP) and—as a Latina—it was great to see that there has been a slight increase of Latino homeownership since last year.

In 2017, 46.2% of Latinos in the U.S. owned a home—more than 7 million in total. Hispanics are the only demographic to have increased their rate of homeownership for the last three consecutive years.

There were also many other interesting statistics in this report that tell the story about how cultural nuances, purchase power, and trends shape the story of Hispanic homeownership in the U.S.—as well as the challenges that could keep some from getting a key to their dream home.

The Dueños: Who Are They?

The profile of Hispanic households can be described as multigenerational (average household size of 3.25), and most married households (60%) are comprised of at least two parents and one child under the age of 18.

By comparison, only 39.5% of total U.S. married households have at least one minor child. Over 30% of Hispanic millennials live at home with their parents, more than in any other living arrangement and compared with 20% of their generation overall.

Hispanic Homeownership Around The Nation

A few break out surprises, the rate of Hispanic homeownership also exceeded the national average in some states with a population of only 10% Hispanics: Wyoming (56%), Oklahoma (50.3%), Maryland (48.4%), and Nebraska (46.7%). States like Kansas, Iowa, and Utah have also seen large population growth in recent years, driven primarily by Hispanics. This is mainly due to the availability of jobs and affordable housing.

It's not surprising that these other areas are getting on the community's radar as traditional Hispanic hotspots get more crowded and unaffordable, and the spirit of the Latino drives them forward to seek out better opportunities for their families.

One in four Hispanics believes it's a good time to buy a home. That's compared to 68% of the general population, according to the National Association of Realtors 2018 Q1 HOME Survey.

Still, 60% of Hispanics believe their financial situations will improve—which could be a result of the median household income for Hispanics increasing 4.3% to $47,675 in 2017, while the number in poverty further declined to 19.4%.

While 81% of Hispanics are aspirational and believe that owning a home is a good investment long term, 56% think it would be difficult to get a home mortgage. They also perceive obstacles in their way, including:

The NAHREP report points out that a few macro issues directly impacted Hispanic communities across the country last year, such as the continued lack of affordable housing inventory and natural disasters concentrated in the nation's most populous Hispanic states. Prices in cities such as Las Vegas, San Diego, and Houston increased, making many homes out of reach, and the aftermath of disasters such as the California wildfires and Hurricanes Harvey and Irma are undoubtedly having an impact on Hispanic homeownership, according to NAHREP.

What Will Keep Hispanic Homeownership Growing?

The good news is that despite some of these issues, there were more Hispanic homeowners in 2017. Some of the suggestions offered by the NAHREP to ensure the opportunity for other Hispanics to become homeowners are:

When Should My Child Get a Credit Card?

Homeowner Expenses Beyond Your Mortgage

How to Save Money as a Homeowner