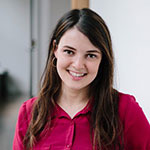 Across the country this month, people are commemorating Pride. Almost every weekend, there's a Pride parade happening in cities in America, with people celebrating how far the LGBTQ community has come.

Although Pride is a happy time for these communities, it's also a reminder of what work still needs to be done. In the 2018 Experian LGBTQ Finances Survey, 62% of respondents said they've experienced financial challenges due to their sexual orientation.

The economic challenges faced by the LGBTQ community aren't something that can be fixed overnight, but there's opportunity to improve. Unfortunately, this group isn't the only one to face financial and economic discrimination. Read on to see what lies ahead for the LGBTQ groups and how others are facing similar struggles.

What Is Financial Discrimination?

Financial discrimination comes in many forms. It can include discriminating against LGBTQ people during the hiring process, preferring to hire straight candidates, or not giving promotions or raises to LGBTQ employees. Lenders can show prejudice if a customer is applying for a loan, either denying the loan outright or charging higher interest rates. Business owners looking for investors can be discriminated against from funders or venture capitalists.

The Equal Credit Opportunity Act passed in 1974 does prevent discrimination on the basis of race, color, religion, national origin, sex, marital status, age or because you get public assistance, but is yet to include sexual orientation in the protection it offers.

According to Justin Nelson, co-founder and president of the National LGBT Chamber of Commerce, banks in 36 states can still discriminate based on sexual orientation and employers in 28 states can fire workers for being LGBTQ.

"The economic playing field for the LGBTQ community is anything but level," Nelson said.

Discrimination still, unfortunately, happens not only when banks are deciding personal loans, but also for business loans and capital. A member of the LGBTQ community who is denied credit from a bank has less options to start his or her own small business.

"We need to continue to shatter the barriers of financial discrimination that hinder the LGBT community from fully adding countless innovations, new jobs, tax revenues that benefit everyone," Nelson adds.

Other Experiences of Financial Discrimination

Before the Fair Housing Act passage in 1968, minorities had no protection from housing discrimination. Landlords could refuse to rent apartments and mortgage lenders and real estate agents conspired to prevent certain groups from living in specific neighborhoods. They wanted to keep white neighborhoods white and segregate minorities, specifically African-Americans and Latinos, from moving into those areas.

The Fair Housing Act prohibits "redlining," which is the refusal to sell homes or issue mortgages within outlined neighborhoods. This practice was responsible for stifling black economic growth and keeping African-Americans out of certain neighborhoods.

Though the law was supposed to prevent housing discrimination, it has not curbed the practice entirely. In 2018, analysis from The Center for Investigative Reporting found that black and Latino residents of Detroit were denied mortgages twice as often as white people. In the recent LGBTQ Experian survey, 11% of people said housing discrimination affected where they lived and caused them to spend more money on rent.

More than half of African-Americans say they're discriminated against in their jobs, either being passed over for promotions or being paid less than their white counterparts. A 2015 study from Northwestern University, Harvard University, and the Institute for Social Research in Norway found that the anti-black bias in the hiring process has not changed since the late 1980s. A bias against Latino employees has possibly improved, though not to a significant statistical degree.

The transgender community is among the most affected by financial discrimination. They are twice as likely to live below the poverty line and transgender people of color are even more likely to live in poverty. Though visibility of these issues is growing, their overall financial struggles still remain prevalent.

Women still famously under-earn men. The wage gap problem has been examined for more than 50 years and still remains a huge issue for working women, with women making approximately 80% of men's wages.

When minorities are discriminated against financially, it becomes harder for them to climb the ladder and rise out of their current economic situation. Every person who is passed over for a better job is impacting his or her family's ability to do so as well.

So What Can You Do?

People can speak out against economic discrimination by sharing their salaries at work, judging applicants fairly, and petitioning their lawmakers to support legislation for protection for LGBTQ people.

Some resources to check out:

How Long Does It Take to Repair Your Credit?

What Is a Fixed-Rate Mortgage?

What to Do When Unemployment Benefits End

Should You Invest During a Recession?

5 Ways to Get Some Emergency Cash

Is Now the Time to Start Investing?

How Long Should You Keep Bank Statements?