What Happens to Your Airline Credit Card If the Airline Goes Bankrupt? 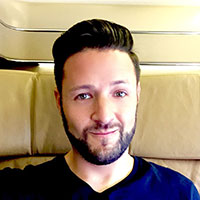 At Experian, one of our priorities is consumer credit and finance education. This post may contain links and references to one or more of our partners, but we provide an objective view to help you make the best decisions. For more information, see our Editorial Policy.

The spread of coronavirus and all the disruptions it has caused around the world have hit the travel industry particularly hard. Many airlines are grounded, thousands of hotels are closed, and most cruise ships are docked for the time being. In particular, airlines are reporting record losses and burning through millions of dollars in cash each day as they race to cut flights and refund passengers for cancelled trips in the coming months. That has some experts speculating whether even some major U.S. airlines could declare bankruptcy soon.

You might be wondering what happens to your airline credit card if its partner airline goes bankrupt. Will your card be closed? Will you lose your miles? Will your credit take a hit? The good news is, if an airline goes bankrupt, its mileage program and co-branded credit cards usually remain intact. But there are also other factors to consider. Here's what you need to know.

What It Means When an Airline Goes Bankrupt

The first thing to remember is that bankruptcy is different from default or going out of business. When a company goes out of business, it usually stops operations and has to sell its assets to pay off its debts. Bankruptcy, on the other hand, is a process overseen by federal courts that is intended to help companies renegotiate their contracts with creditors (and labor unions in some cases), reorganize their debt so they can pay some of it off, and possibly have some of it forgiven while still remaining in operation. For the most part, when a company declares bankruptcy, it is done so in an effort to stay in business.

In all these cases, the airlines remained in operation and their frequent-flier programs continued to function normally. There were, however, some changes to each airline's credit card lineup once the mergers were settled, so that is something to keep an eye on.

What Happens to Mileage Credit Cards When Airlines Declare Bankruptcy?

When you open an airline credit card and use it, you'll earn miles with the associated carrier. For instance, the Citi® / AAdvantage® Platinum Select® World Elite Mastercard® earns 2 miles per dollar on eligible American Airlines purchases, at restaurants and gas stations, and 1 point per dollar on all other qualifying purchases. There's even an earnings opportunity for new cardholders, as the card allows them to earn up to 50,000 American Airlines AAdvantage bonus miles if their card is used to make $2,500 in eligible purchases within the first 3 months of account opening.

While Citi is the company rewarding cardholders with American Airlines miles for using their card, those miles are deposited into the cardholders' frequent-flier accounts and function just like miles you earn in other ways, like flying. Depending on the terms of your credit card and frequent-flier program, you may get to keep any miles you earned with it if you cancel your airline credit card or it's closed for some other reason that's not your fault.

If an airline you have miles with declares bankruptcy, the following can happen:

The issues currently facing the airline industry due to the coronavirus pandemic are unlike anything that's been seen before. So despite what has happened surrounding airline bankruptcies in the past, it's an uncertain time for both frequent fliers and co-branded credit cardholders. But if your airline declares bankruptcy or you're otherwise worried about your airline credit card, you have a couple options.

For the time being, you might consider switching more of your everyday spending to a non-airline credit card to rack up other types of rewards such as cash back. That way you can still redeem rewards without having to worry about whether your airline will still be in business a year from now.

Second, you can call your bank and ask if you can switch your airline card to a non-airline credit card that they issue. This may allow you to keep your line of credit active and open, which will help keep your credit score stable. If you do change cards, you might not lose your airline miles, either; they will just sit in your frequent-flier account as normal.

Because nothing immediately or automatically happens to frequent-flier miles when an airline declares bankruptcy, you should be able to earn and redeem them as usual. Due to coronavirus-related travel restrictions currently in place, it may be awhile before you can start racking up miles the same as before. But you can still earn airline miles in other ways, such as making purchases through an airline's online shopping portal or using an airline credit card for everyday purchases.

Likewise, you might not be using your miles to book trips soon, but award tickets are available on the airlines that are still operating flights right now if you do need to travel. Airlines also let their frequent fliers redeem miles for other things such as merchandise, gift cards and charitable donations, which could be of interest if you want to help others in need. Or, consider using your miles to save some cash on purchases you'd be making anyway. Some airlines, including American Airlines, Delta and Southwest, have noticed a recent uptick in the number of people trying to redeem their miles for non-travel rewards. In response, some airlines have limited some of these options for the time being, a move that's likely temporary.

If you are not worried about your airline going out of business, it is probably better to hang on to your frequent-flier miles for now in the hopes of redeeming them for travel in the future since you get the best value from them this way. Most airlines have extended their mileage expiration policies, too, so you may not have to worry about losing them before you are able to redeem them for a trip down the line.

Even if some airlines in the U.S. and other countries declare bankruptcy in the coming months, chances are it will not affect your miles or your airline credit cards. Going bankrupt is not the same as going out of business, and companies often declare bankruptcy so they can stay in business and keep their customers.

What Is Pay-Per-Mile Auto Insurance?

What Happens When Your Intro 0% APR Ends?

Can I File for Bankruptcy With $35k in Credit Card Debt?

What Happens to Your Old Credit Card After a Balance Transfer?

How to Dispute Fraud Charges on a Compromised Credit Card Account

Is Now a Good Time to Move?