What Is the Difference Between a Pension and a 401(k)? 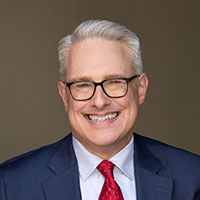 Americans enjoy several options for saving and growing their retirement fund. Two of the most common ones are a pension plan and a 401(k) plan. While these two plans let you create a cash cushion to live on later in life, they approach it in different ways. For instance, a pension and a 401(k) will differ in terms of the benefits they offer, the amount of control you have over your investments and where contributions to the account come from.

Follow along to learn more about the differences between pension and 401(k) accounts.

What Is a Pension?

An employer-sponsored pension gives you a fixed sum of money each month after retirement for as long as you're alive. That sum is based on how long you worked for that employer and what your salary was. The monthly benefit may, for instance, be $100. Or it may be an amount equal to 1% of your average salary during your final five years of employment multiplied by your total years of employment.

As of 2018, about 1 in 3 older adults received pension benefits, according to the Pension Rights Center. The median benefit ranged from $9,827 to $30,061 a year, depending on the type of pension.

To receive pension benefits, a retiree must have worked at an employer for a certain period of time so that their benefits are "vested." In many cases, you're fully vested in your pension (and qualify for full benefits) if you've worked somewhere at least five or seven years. You may be partially vested (and qualify for partial benefits) if you haven't met the necessary threshold to become fully vested.

Employees are automatically enrolled when a pension plan is offered by an employer, whether it's a major corporation or a local government. Funding for a plan can come from the employer and the employee, with investment earnings adding value to the pension account over time. Earnings from pension account investments can fluctuate, however. For instance, Pew Charitable Trusts estimates that during the 2020 budget year, returns for the typical public pension fell 4 to 5 percentage points short of their targets. The good news? Unlike 401(k) accounts, pensions have a guaranteed monthly benefit amount, which will be unchanged by the effect market fluctuations have on the pension's financial performance.

Other advantages of pensions include:

Among the disadvantages of pensions are:

All or part of your pension benefits may be taxed by the federal government. Some states tax pension benefits, while others don't. If you withdraw money from a pension plan before age 59½, you may face a 10% tax penalty from the IRS; there are exceptions, however, such as if you become totally or partially disabled.

A 401(k) is an employer-sponsored plan that sets aside a certain percentage of your paycheck to be invested for your retirement. In some cases, your employer may match the contributions you make up to a percentage of your annual salary, such as 3%.

Enrollment in a 401(k) may be automatic when you start a job, but you're not required to participate. Taxes on 401(k) contributions are deferred until you pull money out of the plan, as long as withdrawals happen after you're 59½ years old.

Workers with a 401(k) plan are given a menu of investment options that might include company stock, individual stocks and mutual funds. Financial experts generally recommend earmarking 10% to 15% of your pretax income for your 401(k). If you're at least 40 years old, you may want to bump up that figure to 20%.

Advantages of 401(k)s include:

Among the disadvantages of 401(k)s are:

Key Differences Between a Pension and 401(k)

Among the key differences between a pension and a 401(k) are:

If you work for an employer that doesn't offer a pension plan or a 401(k), or you're self-employed, you may want to explore a Roth IRA.

The money you deposit into a Roth IRA is invested in stocks, mutual funds, exchange-traded funds (ETFs) or other vehicles. You can open a Roth IRA at a bank, credit union or investment brokerage firm.

No matter whether you participate in a pension plan, a 401(k) plan or another alternative, it's critical to map out a plan for your retirement. As part of that plan, be sure you're staying on top of your credit by obtaining a free credit report from Experian.

How to Write a Credit Dispute Letter

Term vs. Whole Life: Which Should I Get?

Do Retirement Accounts Affect Your Taxes?

What Is a Pension Fund?

How to Help Older Adults Deal With Dementia and Their Finances

How to Save Money for Retirement

7 Financial Priorities to Help You Plan

Investing 101: How to Start Investing