What Is the Difference Between a Recession and a Depression? 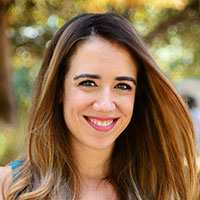 If you've been paying attention to the news lately, you've likely seen the words "recession" and "depression" thrown around a lot. These words are used to describe periods of economic decline, like what we're seeing now as a result of the coronavirus pandemic. But what do they actually mean and how are they different?

A recession and a depression are similar and related concepts, but differ both in terms of severity and timeframe.

What Is a Recession?

Financial markets and the overall economy go through periods of ups and downs. But that doesn't mean a down week in the stock market qualifies as a recession—economic analysts focus on business cycles on the scale of months to years. When it comes to determining when the U.S. has entered or emerged from a recession, the National Bureau of Economic Research (NBER) is considered the official arbiter.

Recessions are widespread and typically impact almost every sector of the economy. When deciding whether the economy has entered a recession, the NBER considers several indicators of economic activity, including industrial production, the employment rate, gross domestic product (GDP) growth and personal income. A recession begins when these indicators start a long, steady decline and ends when they finally rise again. This period of decline can last from months to years.

A drop in employment, due to layoffs or reduced work hours, typically results in decreased household income and thus spending, which can further hurt the economy. This might cause companies that are losing business to start cutting back costs and laying off workers. Additionally, the government might make interventions such as going further into debt to attempt to stabilize the economy, and the Federal Reserve might cut interest rates to make borrowing cheaper.

The NBER recently declared that the U.S. entered an economic recession in February 2020, ending 11 years of economic expansion. They noted, however, that the current recession is due to the sudden public health crisis—not the typical financial factors that commonly lead to recessions.

What Causes a Recession?

Every recession is unique, and can be brought on by various economic events. In the past, factors such as oil prices, inflation, monetary policy, market crashes or issues specific to a certain industry have led to recession.

It can also be due to the collapse of an asset bubble; this was a major factor in kicking off the Great Recession of the late 2000s. Lax lending standards led to a wave of mortgage default and foreclosure, which caused the housing sector to collapse and pull the American economy into a full-on recession.

Unexpected events, too, can lead to recession like we're seeing with the coronavirus outbreak and ensuing shutdown of businesses. The International Monetary Fund predicts the "Great Lockdown" is creating the worst economic recession the world has seen since the Great Depression. Does that mean the U.S. is headed for a depression? Not necessarily. Read on.

What Is a Depression?

An economic depression is similar to a recession, but much more severe and longer lasting. Not only does a depression last longer, but its effects can be far-reaching and linger long after the economy begins to recover.

The NBER has no formal definition of a depression, but points out the last event widely regarded as a depression was the Great Depression of the 1920s and '30s. During this depression, the national unemployment rate climbed to nearly 25%, with the GDP declining 27%. A depression can also greatly reduce international trade and wreak havoc globally.

The Great Depression was the longest and most severe financial crisis of its kind in the U.S. It started with a recession where the country saw spending decline and subsequent manufacturing decline, but before long had evolved into a depression that rippled out across the world. Even people who kept their jobs saw incomes go down by as much as a third.

What Can Cause a Depression?

The Great Depression is the only modern example of a depression, so it's hard to say generally what could lead to one in modern times. But looking back at this period can be informative.

The Great Depression didn't happen overnight: Several factors came together to create a perfect storm that devastated the economy. Like other recessions, it began with a decline in spending, manufacturing and construction, but experts believe a glut in housing inventory, higher federal interest rates, problems with the gold standard, and overpriced stocks pushed it into something deeper.

The official start of the Great Depression is typically considered to be the massive stock market crash of 1929. As panicked consumers and businesses rushed to get their money out of banks, many banks ran out of money. Nearly half of U.S banks had failed by 1933 as a result, leaving a vast number of Americans without the money they thought was safely stashed away for the future.

To help Americans recover and hopefully prevent the next depression, big changes were made. The Federal Deposit Insurance Corporation was created to protect deposit accounts and the Securities and Exchange Commission was set up to regulate the stock market. Some experts credit the increased industrial production required for World War II as a major factor in ending the Great Depression.

Can Credit Be Affected During a Recession or Depression?

A recession or depression itself won't hurt your credit, but its indirect effects on your personal finances can. For example, if you get laid off, you might make a late car payment or miss a credit card payment. You may fall behind on utility bills that go into collections. These events can damage your credit. Additionally, if you're struggling to make ends meet and put more purchases on credit cards than usual, you could harm your credit if your credit utilization ratio gets too high.

However, during economic turndowns, lenders may be more flexible and willing to work with borrowers who are struggling to make payments. Some may automatically offer more leniency, while others might require you to contact them if you need assistance or provide proof of a hardship. If the lender is willing to assist, you might be approved for payment deferment or reduced payments on a temporary basis. On the flip side, some lenders may tighten criteria for new borrowers applying for credit during hard times in order to mitigate their risk.

During an economic turndown, even if you're struggling financially, it's important to try to protect your credit so you're in good shape when things begin to normalize. To do this, make sure you're continuing to make your payments on time, and reach out to your lenders and utility companies as soon as possible if you know you won't be able to pay on time. You may need to also cut expenses and stick to a tight budget during this time.

How Can I Prepare My Finances?

As the pandemic showed us, it can be hard to predict when an economic downturn will hit, and it can happen quickly. To protect yourself during tough times, it's wise to prepare your finances before a recession or depression hits. Here are some ways to plan ahead:

It's wise to keep an eye on your credit score so you know where you stand before a recession, and so you can help make sure it doesn't get damaged during one. Sign up to check your credit report and score for free with Experian, and check in on it periodically so you can course-correct as needed.

How to Get a Small Loan With No Credit

Payroll Tax Deferral: How Will It Affect You?

Consumer Finances Then and Now: The Great Recession vs. 2020

How to Get a Debt Consolidation Loan During a Recession

Unemployment Scams to Watch Out For

Multiple Inquiries When Shopping for a Car Loan