Can Facial Recognition Technology Protect You From Fraud? 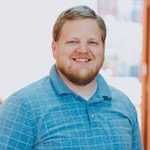 With more and more companies asking to store a digital copy of your face for identity verification, you might wonder if facial recognition is something you can trust. After all, you can always change a password if it's exposed in a data breach, but you can't exactly get a new face.

Synthetic ID fraud, which involves creating an entirely new identity, is the fastest-growing type of financial crime, according to a recent Experian report. This new identity may even include a fake "face" that's able to fool facial recognition technology businesses are using. Facial recognition technology might be an easy and convenient way to keep your personal information private, but what other measures can you take to protect your identity?

What Is Facial Recognition?

If you've bought a smartphone in the past few years, you're probably already familiar with the concept of facial recognition. This new form of biometrics uses the shape of your face as password instead of a fingerprint or a typed-in passcode.

Apple, for example, completely moved away from fingerprint scanning to a technology they call Face ID with its most recent iPhone models. According to the tech giant, there's a 1 in 50,000 chance someone else could open your phone with their fingerprint, but those chances dwindle to 1 in 1 million with its facial recognition technology.

It's not just phones that use the technology, though. Facebook, for example, uses it when you upload a photo with other people. The website uses an algorithm to guess who the people in the photo are and whether you want to tag them. Google does the same thing with its Photos app.

Facial recognition technology may also be used by:

Although facial recognition can provide more security than a simple passcode or a fingerprint scanner, it has some weaknesses.

For starters, not all applications are created equally. Apple, for instance, creates a 3D map of your face using an infrared camera, dot projector and flood illuminator. This system effectively foils those who would try to use a 2D picture of you to gain access to your phone and private accounts.

On the other hand, a consumer protection organization in the Netherlands, Consumentenbond, tested 110 different smartphone models and 42 of them unlocked with a good photo of the user.

No technology is infallible, after all, and some have begun to exploit the flaws found in facial recognition systems. Experian found that scammers can create "Frankenstein faces" using artificial intelligence to combine the facial features of multiple people to form a new identity. This form of synthetic fraud, which combines real and fake information to create an identity, complicates matters for businesses that rely on facial recognition technology to prevent fraud.

Synthetic fraud shouldn't necessarily cause you much worry as far as your use of facial recognition technology is concerned, but there are other ways it can affect you. Since synthetic fraud uses both real and fake data to create a new fraudulent identity, your personal information—including your Social Security number—may get caught up in the growing scheme. That's why it's important to think about identity protection in an all-encompassing way.

What Can You Do to Protect Yourself?

Even in its best forms, facial recognition technology can be fooled and hacked. To best protect yourself, consider using a different way to open your mobile device, especially if you don't have one with the highest standard of protection. You may also opt to turn off facial recognition entirely and rely on passcode and passwords, which can help you maintain privacy.

Of course, it can be difficult to avoid facial recognition technology entirely, especially when you're in a public place and don't know that it's being used.

For more protection, consider signing up for an identity monitoring service. For example, Experian IdentityWorks℠ provides fraud resolution services, as well as up to $1 million in identity theft insurance. You'll also get access to credit monitoring across all three credit bureaus, which can help you spot potential fraud early before it wreaks havoc on your life, along with many other valuable features.

Facial recognition technology is imperfect and can create an opportunity for someone to steal your identity and use it for nefarious purposes. It can also be hacked, making it possible for criminals to fool it.

But synthetic fraud is just one form of identity theft, and it's important to ensure you're covered in all areas. Other ways to help prevent and quickly address fraud include maintaining strong passwords, browsing on secure networks, limiting data sharing and keeping an eye out for phishing scams.

You can also consider signing up to get free credit monitoring through Experian, which can help you spot fraud. The earlier you spot fraud, the quicker you can take action to hopefully prevent further damage.

Trouble with Security Questions and Your Credit Report?

How Can Medical Identity Theft Occur?

How a Minor May Have a Credit Report

How to Add a Phone Number to a Temporary Fraud Alert

Safe Online Shopping for the Holidays and Beyond

How Your Credit Cards Can Protect Your Holiday Purchases