With 16.7 million reported victims of identity fraud in 2017 (that’s 6.64 percent of the U.S. population), it was another record year for the number of fraud victims. And, as online and mobile transaction growth continued to significantly outpace brick-and-mortar, criminal attacks also grew rapidly. This past year, we saw more than a 30 percent increase in e-commerce fraud attacks compared to 2016.

Make better business decisions. Contact us to learn how.

2017 | Infographic
The Riskiest States in the U.S. 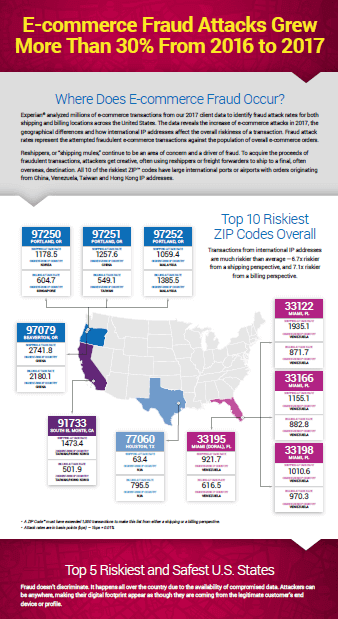 Find out what the riskiest billing and shipping locations are across the U.S. for 2017

Catch fraud and protect your customers with FraudNet