What Is an EMV Chip? 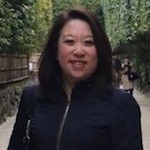 An EMV chip is the small, square computer chip that likely appears on one or more of your credit and debit cards and they are the reason you're more likely to "dip" than "swipe" at the register these days. EMV (which stands for Europay, Mastercard, and Visa respectively) chips are able to create a unique transaction code for each purchase their introduction was intended to protect people against some types of fraudulent activity.

The results so far have been mixed. Visa said that counterfeit fraud from retailers who have chip-enabled payment terminals declined by 66% in June of 2017 compared to June of 2015, according to PYMNTS. It turns out that fraudsters simply found another method to commit more crimes and instead focused on the card-not-present (CNP) incidences. CNP fraud is 81% more likely to occur than point-of-sale (POS) crime, according to Javelin Strategy & Research.

The introduction of EMV payment terminals at retail locations was meant to offer greater protection from fraudsters capturing data from magnetic stripe information and make it harder for them to make counterfeit cards.

How EMV Chip Cards Are Different

The cards with EMV chips on them are read differently than credit cards with magnetic strips. Consumers must insert their debit card or credit card into the slot of the terminal and wait for the purchase to be authorized. The time it takes for the "card dipping" transaction can take longer than the previous swipe method and consumers need to wait for a few seconds by leaving the card in the slot of the terminal. If the consumer take the card out too quickly, the transaction will not be authorized.

The chip-and-PIN technology is a step in the right direction, but there are still ways for criminals to gain access to sensitive data. For instance, consumers do not have the same protection when they are making phone or online purchases.

One reason the cards are not as secure as they have been touted is that some of them are chip-and-signature cards. Some credit card issuers do not require that their customers enter a PIN and allow shoppers to just sign for their purchase (and now signatures are going away for many card issuers and retailers, too). The issuers who have allowed this option were concerned that requiring consumers to memorize yet another password would push them away. This means that simply signing for a transaction is very similar to the option from previous credit cards which only had the magnetic stripes to authorize a purchase.

There were more than 1,500 data breaches last year and the identity thieves, hackers and scam artists who prey on stealing your personal and financial data are not planning to quit anytime soon. Consumers need to remain vigilant and check their credit reports and their credit or debit card purchases on a regular basis. The EMV chip-enabled cards are not immune from data breaches.

How Many People Are Using EMV Chip Cards?

In card present transactions (when the card is used in person), EMVCo reports that globally 63.7% are completed with EMV cards. Some areas - such as Europe - see numbers as high as 90-98%.

One scam involving EMV chip debit cards was announced by the U.S. Secret Service in March 2018. Criminals are now intercepting chip cards bound for corporations, removing the chips, replacing them with new ones, and then sending them to the companies.

The unwitting user then activates the card, but since the fraudsters have the real chip, they've essentially just given the thieves access to their account. The thieves are targeting banks and other financial institutions such as credit unions and they've been able to empty out accounts using this method.

Fraud can occur even with chip cards and consumers should remain vigilant. It's important to refrain from sharing passwords or PINs with friends or family members.

If your debit or credit card is compromised or stolen, contact your bank or issuer immediately. Obtain a new card if one has not already been sent out to you and change your PIN. Continue to check your balance for several weeks to ensure the fraudsters have not tried to drain your account.

There are also other payment methods growing in usage such as mobile wallets, though cash and credit cards still are used more often. No matter how you choose to pay for things, keeping an eye on your accounts and regularly checking your credit reports will help you spot any potential fraud early on.

Apply for credit cards confidently with personalized offers based on your credit profile. Get started with your free FICO® Score.

How Many Credit Cards Should I Have?

How to Apply for a Credit Card With Bad Credit

How to Get a Secured Credit Card

Credit Cards Matched to You

Browse personalized credit offers based on your FICO® Score.