Do Millennials Have Higher Credit Scores in Urban or Rural Areas? 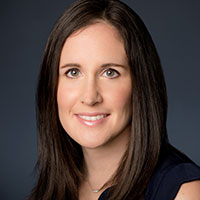 Student loans and other debts continue to take their toll on millennials' finances, but this generation is also starting to show improvement in credit scores.

Millennial Americans—ages 24 to 39—have an average FICO® Score☉ of 668, according to Experian data. That score has grown 25 points since 2012 (as far back as our view of this generation goes), representing the biggest increase of any generation over that time period. But those in the most diverse generation in history obviously aren't all alike, and neither are their credit scores.

As part of our ongoing look at credit scores in the U.S., Experian analyzed millennials' credit in 10 large metro areas and compared them with millennials in non-metro areas of the state to see whether there was any connection between where millennials live and their credit score.

It turns out that millennials in urban areas have, on average, higher credit scores than their peers in more rural areas in the same state. In nearly all of the 10 states and metropolitan statistical areas (MSAs) we compared, the scores of urban millennials bested the scores of millennials who didn't live in a major city.

All of the following data is specific to millennials in MSAs and non-MSA (rural) areas from the second quarter (Q2) of 2019. We looked at 10 states throughout the country and compared the data on millennials who live in the state's largest MSA against those who don't live in major metro areas. Some large MSAs, notably New York City, have been excluded from this analysis due to measuring and comparison restrictions posed by the MSA's geography.

The correlation between urban dwellers and higher credit scores held true in almost all cities we looked at, no matter the region of the country, the economic health of the city, or the cost of living there. Even the urban areas with some of the lowest credit scores on this list (Miami-Fort Lauderdale-Pompano Beach and Atlanta-Sandy Springs-Marietta) had a higher average FICO® Score than their respective states rural areas.

While millennials in cities have higher credit scores than their peers in non-urban areas, their scores remain lower than the all-generation averages per state and nationally. Even with recent increases, millennials' average FICO® Score is 25 points lower than the average 703 score across the country.

While our analysis shows that millennials in urban areas do have higher credit scores, it doesn't conclusively explain the reason for the disparity. The answer may lie in the lifestyle differences between urban millennials and their rural peers, which could help to explain why the two groups use credit in different ways. Those in urban areas, for example, may be more likely to rent (rather than own their home) or not to own a car, but they also tend to earn more money and have higher overall debt loads.

What Happens If I Default on a Loan?

Does Getting Declined for a Credit Limit Increase Affect Your Credit?

Can One 30-Day Late Payment Hurt Your Credit?

How Long Does It Take to Repair Your Credit?

Do You Need a Credit Score to Rent a House or Apartment?