Breaking Down the First Round of PPP: Largest Markets Miss Out 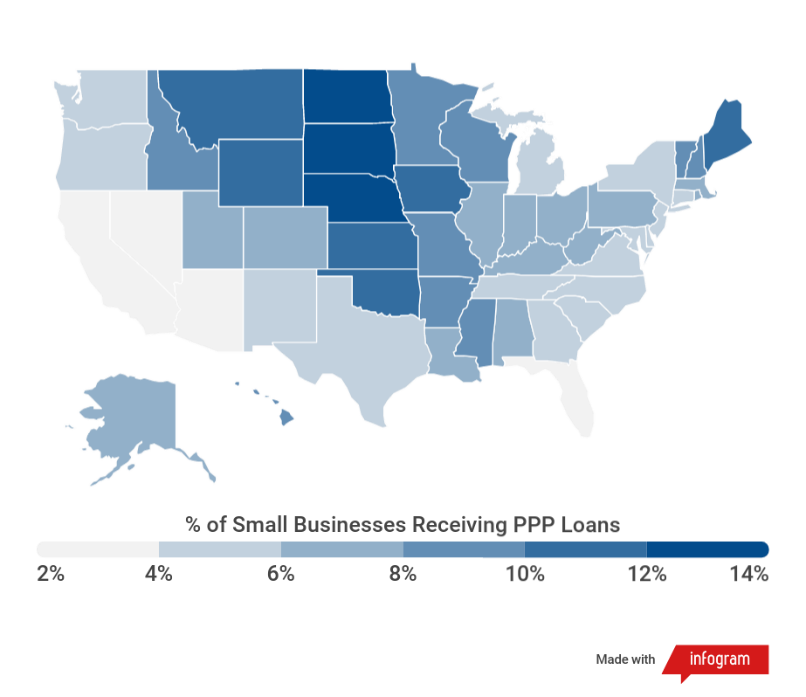 Many small businesses in the hardest-hit states missed out on the first round of federal relief through the recently created Paycheck Protection Program (PPP). The Coronavirus Aid, Relief, and Economic Security (CARES) Act established the PPP in order to disburse $349 billion in forgivable loans to small businesses hurt by the COVID-19 outbreak. However, the program’s funding limit and first-come, first-serve method for accepting loan applications put an immense strain on the financial institutions tasked with getting the money out the door. This resulted in many small businesses unable to get their applications submitted, approved, and funded before the program ran out of money after only two weeks.

Where did the money go?

The latest data from the Small Business Administration shows that the most populous states received the largest number of PPP loans. This is unsurprising, as states with higher populations tend to have a greater number of small businesses.

One way to get a better picture of the impact of PPP loans on communities is to examine what percentage of a state’s small businesses received PPP loans (Figure 1). When viewed through this lens, the results are a quite striking – many of the coastal areas and larger markets missed out, while the rural, north-central states won out. 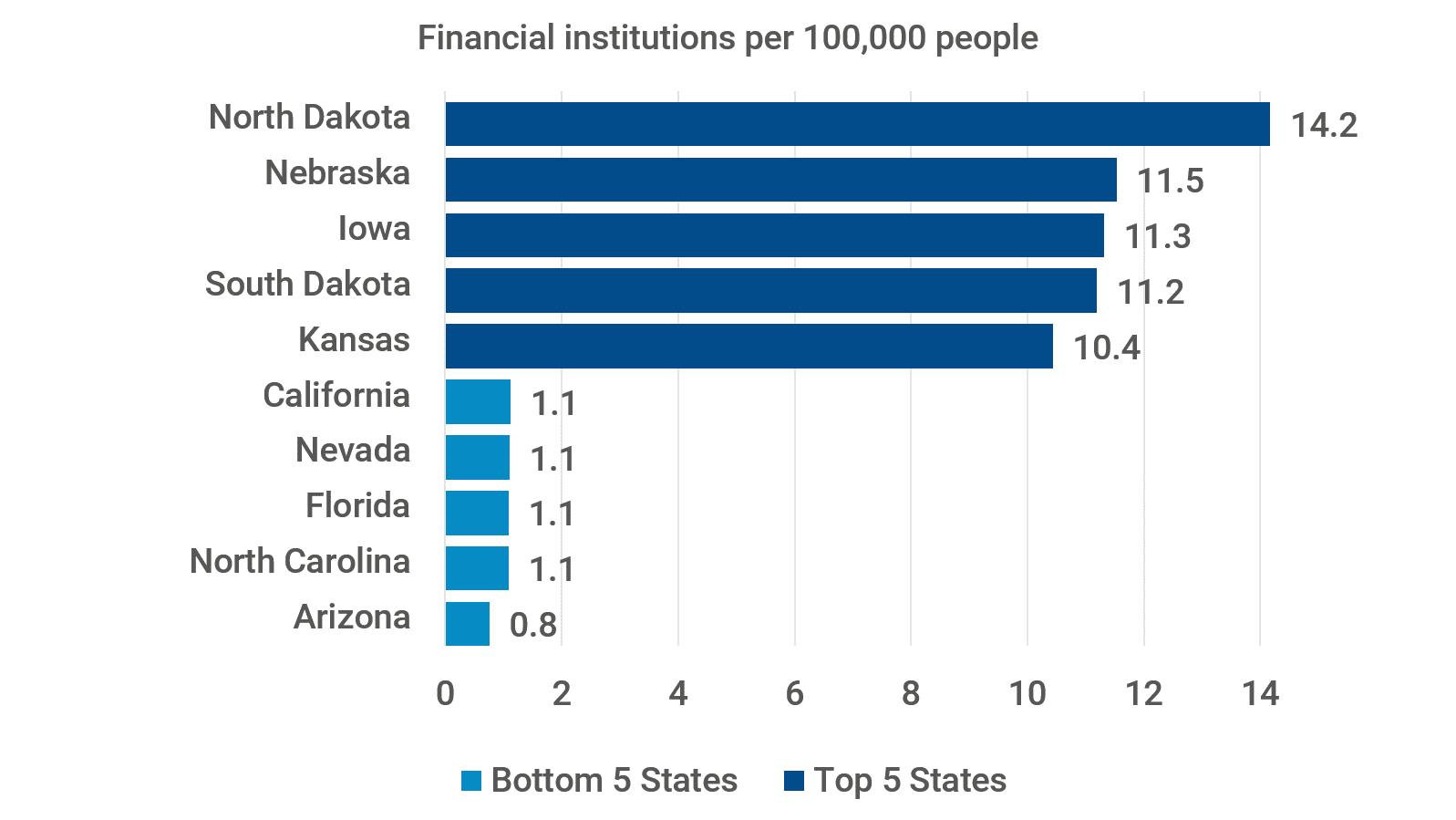 There are several factors that could have played a part in the uneven distribution of PPP loans. One explanation may be that some financial institutions in highly populated urban areas did not have the capacity to process such a large volume of loan applications in such a short amount of time. There may also be an urban-rural divide to how relationship banking occurs. Rural communities and small businesses with close-knit ties to area financial institutions may have had easier access to getting their PPP applications submitted and approved.

In line with this, Figure 2 shows the top five and bottom five states in terms of financial institutions (banks and credit unions) per 100,000 people. The states with the highest prevalence of

Another factor may have been the extent that shelter-in-place rules were being enforced. North Dakota, Nebraska, and South Dakota – the three top states for loan share – are part of the handful of states that still do not have statewide lockdowns. California, on the other hand, was the first state in the country to issue shelter-in-place measures.

The first round of stimulus through the Paycheck Protection Program provided relief for many small businesses around the country. However, the first-come, first-serve method of distributing loans may have resulted in some small business communities having easier access to the program than others. Insights as to why these differences occurred and why small businesses in the larger markets received a lower share of PPP loans can inform future stimulus efforts and ensure that recovery among the states is as even and broad as possible.

The Student Loan Pause Is Coming to an E

Lenders and servicers should anticipate an influx of questions and possiby borrower deliquencies as student loan forbearance comes to an end. Read more.

Whether looking to increase resources or focus on artificial intelligence and machine learning, growth is the name of the game.

Dive into the ways artificial intelligence and digital identity interact and the benefits a clear identity strategy can have for the entire user journey.