Predicting Consumer Payment Behavior in a Time of Extreme Uncertainty 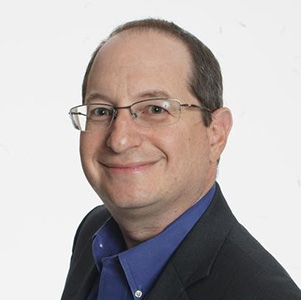 This is the second in a series of blog posts highlighting optimization, artificial intelligence, predictive analytics, and decisioning for lending operations in times of extreme uncertainty. The first post dealt with optimization under uncertainty.

The word “unprecedented” gets thrown around pretty carelessly these days. When I hear that word, I think fondly of my high school history teacher.  Mr. Fuller had a sign on his wall quoting the philosopher-poet George Santayana: “Those who cannot remember the past are condemned to repeat it.” Some of us thought it meant we had to memorize as many facts as possible so we wouldn’t have to go to summer school.

The COVID-19 crisis–with not only health consequences but also accompanying economic and financial impacts–certainly breaks with all precedents.  The bankers and other businesspeople I’ve been listening to are rightly worried that This Time is Different. While I’m sure there are history teachers who can name the last time a global disaster led to a widescale humanitarian crisis and an economic and financial downturn, I’m even more sure times have changed a lot since then.

But there are plenty of recent precedents to guide business leaders and other policymakers through this crisis. Hurricanes Katrina and Sandy impacted large regions of the United States, with terrible human consequences followed by financial ones. Dozens of local disasters—floods, landslides, earthquakes—devastated smaller numbers of people in equally profound ways. The Great Recession, starting in 2008, put millions of Americans and others around the world out of work. Each of those disasters, like this one, broke with all precedents in various ways. Each of those events was in many ways a dress rehearsal, as bankers and other lenders learned to provide assistance to distressed businesses and consumers, while simultaneously planning for the inevitable changes to their balance sheets and income statements.

Of course, the way we remember the past has changed. Just as most of us no longer memorize dates–we search for them on the web–businesspeople turn to their databases and use analytics to understand history.

I’ve been following closely as the data engineers and data scientists here at Experian have worked on perhaps their most important problem ever. Using Experian’s Ascend Analytical Sandbox–named last year as the Best Overall Analytics Platform, they combed through over eighteen years of anonymized historical data covering every credit report in the United States. They asked–using historical experience, wisdom, time-consuming analytics, a little artificial intelligence, and a lot of hard work–whether predicting credit performance during and after a crisis is possible. They even considered scenarios regarding what happens as creditors change the way they report consumer delinquencies to the credit bureaus.

After weeks of sleepless nights, they wrote down their conclusions.  I’ve read their analysis carefully and I’m pleased to report that it says…Drumroll, please…Yes, but.

Yes, it’s possible to predict consumer behavior after a disaster. But not in precisely the same way those predictions are made during a period of economic growth. For a credit risk manager to review a lending portfolio and to predict its credit losses after a crisis requires looking at more data–and looking at it a little differently–than during other periods.

Yes, after each disaster, credit scores like FICO® and VantageScore® continued to rank consumers from most likely to least likely to repay debts. But the interpretation of the score changes. Technically speaking, there is a substantial shift in the odds ratio that is particularly pronounced when a score is applied to subprime consumers. To predict borrower behavior more accurately, our scientists found that it helps to look at ten additional categories of data attributes and a few additional types of mathematical models.

Yes, there are attributes on the credit report that help lenders identify consumer distress, willingness, and ability to pay. But, the data engineers identified that during times like these it is especially helpful to look beyond a single point in time; trends in a consumer’s payment history help understand whether that customer is changing their typical behavior.

Yes, the data reported to the credit bureaus is predictive, especially over time. But when expanded FCRA data is available beyond what is traditionally reported to a bureau, that data further improves predictions.

All told, the data engineers found over 140 data attributes that can help lenders and others better manage their portfolio risk, understand consumer behavior, appreciate how the market is changing, and choose their next best action. The list of attributes might be indispensable to a credit data specialist whose institution needs to weather the coming storm.

Because Experian knows how important it is to learn from historical precedents, we’re sharing the list at no charge with qualified risk managers. To get the latest Experian data and insights or to request the Crisis Response Attributes recommendation, visit our Look Ahead 2020 page.

Q&A Perspective Series: How to Coll...

Experian's global insights report explores the shift in the volume of online activity and experiences over the past several months resulting from COVID-19.

Audio: Support Your Borrowers and Reduce...

In our most recent podcast, Experian experts discuss how to enhance your portfolio analysis after an economic downturn and drive greater access to credit.

In our July edition of the State of the Economy report, we’ll be breaking down the data that financial institutions can use to navigate a recovery.