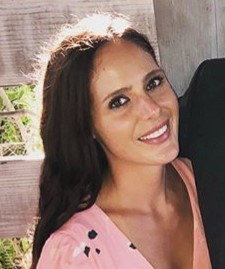 Once you have kids, your bank accounts will never be the same. From child care to college, American parents spend, on average, over $233,000 raising a child from birth through age 17. While moms and dads are facing the same pile of bills, they often don’t see eye to eye on financial matters.

In lieu of Father’s Day, where spending falls $8 million behind Mother’s Day (sorry dads!), we’re breaking down the different spending habits of each parent:

Who pays the bills?

With 80% of mothers working full time, the days of traditional gender roles are behind us. As both parents share the task of caring for the children, they also both take on the burden of paying household bills. According to Pew Research, when asked to name their kids’ main financial provider, 45% of parents agreed they split the role equally.

Many partners are finding it more logical to evenly contribute to shared joint expenses to avoid fighting over finances. However, others feel costs should be divvied up according to how much each partner makes.

What do they splurge on?

While most parents agree that they rarely spend money on themselves, splurge items between moms and dads differ. When they do indulge, moms often purchase clothes, meals out and beauty treatments. Dads, on the other hand, are more likely to binge on gadgets and entertainment. According to a recent survey on millennial dads, there’s a strong correlation between the domestic tasks they’re taking on and how they’re spending their money. For instance, most dads are involved in buying their children’s books, toys and electronics, as well as footing the bill for their leisure activities.

Who are they more likely to spend on?

No parent wants to admit favoritism. However, research from the Journal of Consumer Psychology found that you’re more likely to spend money on your daughter if you’re a woman and more likely to spend on your son if you’re a man. The suggested reasoning behind this is that women can more easily identify with their daughters and men with their sons. Overall, parents today are spending more on their children than previous generations as the cost of having children in the U.S. has exponentially grown.

How are they spending?

When it comes to money management both moms and dads claim to be the “saver” and label the other as the “spender.” However, according to Experian research, there are financial health gaps between men and women, specifically when it pertains to credit. For example, women have 11% less average debt than men, a higher average VantageScore and the same revolving debt utilization of 30%. Even with more credit cards, women have fewer overall debts and are managing to pay those debts on time.

There’s no definite way to say whether moms are spending “better” than dads, or vice versa. Rather, each parent has their own strengths and weaknesses when it comes to allocating money and managing expenses. To gain better insight on the different ways consumers are spending money, consider Experian TAPSSM, which allows you to more accurately estimate consumer spend on all general-purpose credit and charge cards over the last 12 months.

How Consumer Preferences Continue to Shi...

Last year’s predictions of a new set of Roaring 20’s may not have panned out the way we imagine, but many did evolve. Here are six trends to watch in 2021.

New challenges created by the COVID-19 pandemic have made it imperative for utility providers to adapt strategies and processes...

Cloud Computing During COVID-19 and Beyo...

Cloud computing is the new wave – now more than ever during a crisis. But what are the benefits of moving to the cloud?