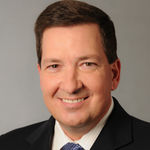 Benjamin Franklin famously said that nothing in life is certain except death and taxes. While that may be true, I think we can add another item to the list — traffic. An unfortunate part of many people’s day, traffic is an inevitable consequence when moving from point A to point B, especially when you consider the sheer volume of vehicles on the road.

According to the latest research from Experian, the number of vehicles in operation (VIO) has jumped 5.7 million, going from 265.3 million in Q3 2016 to 271 million in Q3 2017. In fact, more than 17 million new vehicles hit the road in the United States, with just 11.4 million exiting operation.

Numbers of that size can be hard to process, so let’s focus on something more relatable. When you’re stuck in traffic, what types of vehicles are inching along at a snail’s pace with you? No matter which state you live in, chances are you’ll see lots of full-size pickup trucks. Why? The top vehicle segment in 42 out of the 50 states is full-size pickups. The only exceptions are Hawaii — which has small pickup trucks as the number one segment — and Rhode Island, New York, New Jersey, Connecticut, Massachusetts, California and Maryland, which prefer midrange standard cars.

If you think about it, these exceptions make sense. Residents of the East Coast commuter states and California probably prefer smaller vehicles because they’re more fuel efficient and it’s easier to find parking.

But if you talk to a pickup truck owner, you’ll almost certainly hear why trucks are the best vehicle to own. Not surprisingly, full-size pickups aren’t just the top segment in most states; they also make up the largest vehicle segment currently on the road, at 15.3 percent.

In terms of top models for full-size pickups, the Ford F-150 and Chevy Silverado 1500 are the top two best-selling trucks nationwide.

For more information about Experian’s most recent VIO data, watch our latest webinar.

Gen X Makes Up the Largest Segment of Ne...

In the Q1 2021 Market Trends Review, we explore the average age myth and highlight other ways to inform...

Expanded Data Can Create Opportunity for...

Zoom in on Geographic Data to Inform Str...

Experian's Q1 2021 State of the Automotive Finance Market report explores the benefits of leveraging both national and regional...