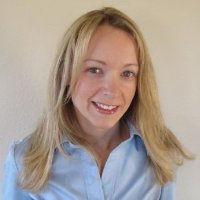 The increase in bankcard originations combined with lower delinquencies points to a positive credit environment. Lenders should stay abreast of the latest bankcard trends in order to adjust lending strategies and capitalize on areas of opportunity.

Customer Loyalty and Fluidity in AFS and...

Since the end of the recession, customer loyalty has been a focus for lenders, given that there are more options for AFS borrowers. Read more!

Today is National Fintech Day, a day that recognizes the important role that fintech companies play in revolutionizing the financial services landscape.