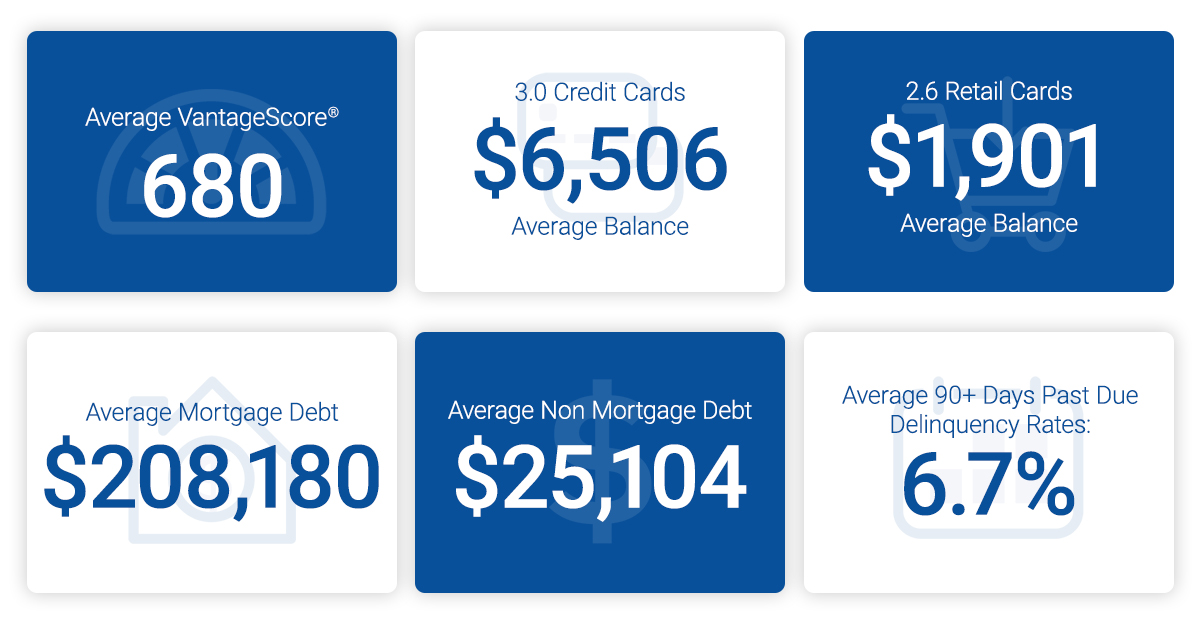 It’s been over 10 years since the first rumblings of Great Recession started in 2008. Today, Americans are experiencing high levels of consumer confidence, marked by high employment rates and increasing credit balances over last year. What have we learned over the last decade? And how do we compare to our behaviors then?

Experian released the 9th annual state of credit report, which provides a comprehensive look at the credit performance of consumers across America by highlighting consumer credit scores and borrowing behaviors.

Who’s faring the best since the recession? According to the data, younger consumers.

“We’re continuing to see the positive effects of economic recovery, especially among younger consumers,” said Michele Raneri, Vice President of Analytics and Business Development at Experian. “Since the recession, responsible credit card behaviors and lower debt among younger consumers is driving an upward trend in average credit scores across the nation. Over the last ten years, those 18 – 21 increased their credit scores by 23 points on average compared to those 18-21 ten years ago.”

As a whole, 2018 was a year marked by financial reform, consumer protection and the return of volatility for the financial markets. A large portion of the analytics from this year’s report took a close look at the credit behaviors of today and compared them to 2008, the year the US headed into the worst recession in 80 years.

In regards to credit scores, the average VantageScore increased 5 points from last year, reaching 680 , while still down from 2008.

Segmented by state and gender, Minnesota had the highest credit scores for both men and women. Data also showed that women had higher credit scores than men, consistent with 2017 and 2008.

The past year has been flooded with headlines illustrating increased spending for American consumers. How do the numbers compare with 2008 data? In comparison with 10 years ago, the number of retail trades since 2008 are down, while average balance is up, according to Experian’s State of Credit Report. Additionally, the number of credit cards is down for all age groups, and balance is also down for consumers 22-71 years of age.

Average revolving utilization has creeped up in the past decade, but only two percentage points from 28% to 30%, while both average non-mortgage and mortgage debt has increased 5% and 9% respectively. Not surprisingly, the report reflects that delinquency rates have also increased over 20% since 2008, though down from last year.

In conclusion, there’s a lot to learn from both 2008 and 2018. One of the most important and resonating takeaways might be that while fortune may not seem to favor the young, younger consumers are exhibiting responsible behaviors and higher credit scores, setting a precedence for consistent and better financial health in the future.

Experian Boost can help consumers instantly improve their credit score by incorporating their positive payment history from utility and phone bills, among other consumer-permissioned data.

Fraud Mitigation: Best Practices for the

Fraud mitigation is an ongoing process to identify and isolate any suspected fraud fast and manage any fallout without increasing risk.

Learn how to make smarter decisions, fueled by best-in-class data