We had an opportunity to interview best-selling author and executive-level strategist Chris Brogan for the first episode of the Small Business Matters podcast.

In addition to being a sought-after keynote speaker and showrunner of The Backpack Show, Chris is an executive-level strategist and CEO advisor. He is president of Chris Brogan Media, offering brand and digital content strategy as well as business strategy advisory services. If there were not enough, he is a New York Times bestselling author of nine books and counting. He’s working on his tenth: The Backpack.

Chris has spoken for or consulted with the biggest brands you know, including Disney, Coke, Google, GM, and Microsoft to name a few.

His books Trust Agents and Social Media 101 are excellent resources for any small business owner who wants to use social media to promote his or her business effectively. And Chris Brogan's blog is ranked #6 in the AdAge Power150 top marketing blogs.

In this interview, you'll learn: 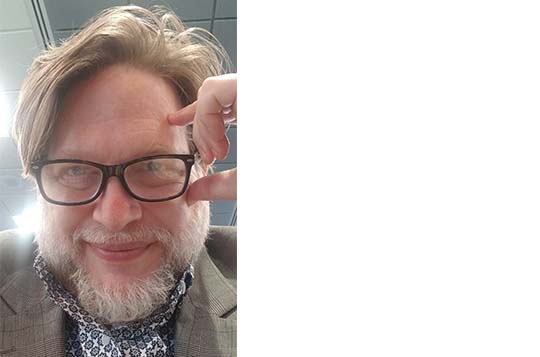 What follows is a lightly edited segment of our interview with Chris, listen to the complete interview on the Small Business Matters blog.

Chris, do you think people have to be good writers to be good small business storytellers?

Chris: I think they have to just be thoughtful writers. I think that to be a storyteller is to say, I gave this some thought, in fact, one thing I feel that storytellers need more than writing skills is they sort of need, permission and or reminders that they're not handing this into some school professor. They're not handing this thing that they're putting together to some teacher who's going to judge them or grade them. All you're really doing is saying, I want to put together the bits and bobs of what my business is in a way that my customer will understand it, or my employees will understand it, or you know, all the stakeholders. So if you run even a little sandwich shop in a small beach town, you can say no matter what, our job is to get people in and out. But to never rush them, to give them that feeling, that they're the only person in the world, no matter how big the line is for that moment, that we've produced and handed over their sandwich.

Chris: And maybe that's it. Maybe that's the only story you have to say. It's never a rush. And you then from that, teach people at the counter, not to say my least favorite customer service phrase ever in my life "No problem." I loath that and just replace it with "My pleasure." So I think that there are some really simple ways to implement this. And again, you have to be thoughtful. What does your customer want in that moment? And, even if you go to the McDonald's drive-through, what does someone want at McDonald's? They want it fast. They want it efficient and they want it to be the same every time, they want consistency is the story of McDonald's. So even if that's not your particular food choice, if you go there, it'll be consistent. And that's what you're aiming for in your business. So if someone were to say, I know about this business, I know this, what would you want it to be? And then do your work to engineer that to be what it is about?  Business owners might feel that maintaining a Facebook page and a Twitter account is enough. How is Google+ different and why should businesses create a page and begin writing/sharing engaging content?

Can you share some examples of small businesses you've seen, who are telling powerful stories and, and what made them stand out to you?

Chris: There are some new companies I find that are doing interesting storytelling. One time where it's really important to have storytelling is when the product is something that not many people know much about. For instance, Humm Kombucha out in Oregon they're a smallish company. But when I say that they were, they were very small, they were kitchen table, batches and farm stand batches, but they were introduced into places like Target stores and Kroger and Walmart. So that's not small anymore, but what they had to explain was everything about Kombucha, because it's just not a product that people have a lot in many circles. It's not very widely understood. So people were saying things like, "well, I hear there's an alcohol content to it."

Chris: My person's a recovering alcoholic. Should they be drinking this? Should kids drink this? it's got alcohol. Well, it has, it has some alcohol consistency, but it's almost like when you eat Brandy flavored food, you don't loll around in the bushes afterward. They had to explain it well, is it fermented? I heard it's fermented like some kind of fermented tea what's that about? And so the story had to be about how this is great for gut health and how this is a simple product that's made with very natural things. It's very low sugar in a world where there are so many sugary drinks. It does all this incredible stuff to your belly, and it's just generally full of helpful, properties. And so, that became the story. And I find that companies that are having to sort of work with a new category or a new approach on a category, have the best opportunity to tell a story.

What if you are working in an industry that's boring. Can you still use storytelling as a tactic?

I will tie this in, in a weird way. And then I'll also tell you a story that gives you a sense of how this works well, that happened to me just the other day. So my weird story first is about home pregnancy tests; there were TV commercials for home pregnancy tests. And for a very long time, the commercials were always, basically someone looking down at the test and going, "we're pregnant." And, the unspoken joke was that that's not always how people want to read that stick sometimes. It's, we're safe, you know, we're not pregnant. And, they started making commercials for both outcomes. And so you would see different ones at different times, or maybe in different channels or different demographics. And it was a grand thing because that to me told the story much more realistically for how does someone use that product.

Do you have a framework or approach that helps your stories come together in a way that connects with your audience?

Chris: So there are a couple of different types of tools that might be helpful. Things like The Hero's Journey, a lot of time a hero's journey story is a slightly larger kind of story. What's the full origin story of my company that could maybe fit in a hero's journey? Somebody like at Chobani yogurt, for instance, that's a great story in the way it's told. And, you know, we made all of our employees owners. That's a great use of that story, but there are other kinds of stories. And, and for instance, in software and planning for software, there are things called Agile user stories, and these user stories are basically this verb does this noun kind of a thing or whatever. So there's these, these circumstances where you can use really simple tools to tell, use case kinds of stories.

Chris: I think that's one really fast, easy tool for anybody paying attention to this podcast to think about, because — let me walk you through it. So you start with, what do I need a customer to think right now? How do I need them to feel while they're thinking that, and what's the simplest way I could walk them through it.  So, there's a hardware store beside my house. They sell, you know, hardware — they sell toilets and pipes and all that sort of thing. And I'm not an especially handy person. So every time I go in there, I'm lost. And to me, the simplest story they could say is, you know, "We'll be your guides." You know, "We are your Sherpa" You will feel smart when you leave this store. And I would feel so great. And that's the simplest story to tell, right? There there's even the promise that you'll feel confident leaving this store. That's almost like a tagline more than a story. And yet, that's what gets done. Stories can be used, even if you don't express them outwardly or verbally, too. like I said, about customer service to explain that we want the person to feel like the most cared for person while they're in our building, stories can be used like that. So they don't actually have to be expressed to people. Stories can be expressed to people in places like email marketing or your advertisements, or in your instruction manuals or your customer service experience, even in the phone tree. When someone dials in and they, you know, for English, press one for Spanish, press two, what happens after there can be scripted like a story, "thanks so much for calling."

Where you share your story, that’s so essential. Can you talk a little bit about matching story outlets to the audience?

Chris:  Business to business people tend to go over and look at places like Facebook and TikTok, and those other places, they sometimes bring their business mind to those places. Other times they think of it as an intrusion. So TikTok, for instance, I'm not a big fan of TikTok in general, so I'll just put that out there ahead of time. But what I'm a fan of has nothing to do with as a marketing professional, how I advise people. My advice would be that people go to TikTok to be entertained. And if you just couldn't entertain, "We've got cool office supplies." No one's going to be happy with you at TikTok. So you might pick a new thing. Instagram is a complete consumer experience, unless you're a retail provider, it's a complete consumer kind of space. And, you know, if you're selling HVAC or you're selling small legal services, or you're an accountant or bookkeeper, you're not necessarily thinking Instagram's your place, but it can surely be your place because people want to know who they buy from. We buy from people we like.