Beginning with the birth of stock muscle cars, like the Pontiac GTO, vehicles with powerful V8 engines permeated the roads in the 1960s. Given consumers’ “need for speed,” these vehicles were synonymous with American culture following World War II – some going as far as to call muscle cars as American as apple pie. It’s no doubt that these vehicles have made an undeniable lasting impression on the automotive industry.

Today, there are still automotive enthusiasts who appreciate the style and strength of the muscle car, but most of us want practical vehicles with better fuel economy and easy maintenance. This has resulted in a dramatic increase in the volume of 4-cylinder vehicles on the road.

This trend doesn’t necessarily mean that those of us who elect for a smaller engine size aren’t able to satisfy our need for speed. Horsepower has received a significant boost over the past two decades. This has been partially driven by EPA guidelines, as manufacturers have implemented engine enhancements to increase gas mileage to meet the guidelines, resulting in higher horsepower.

Where does that leave true muscle car enthusiasts? Well, if you are looking for raw power, things are looking up. In 2018, V8 engines averaged a whopping 370.4 horsepower, nearly double V8 output of 204 horsepower in 1999. Those who buy V8s today have power to burn. 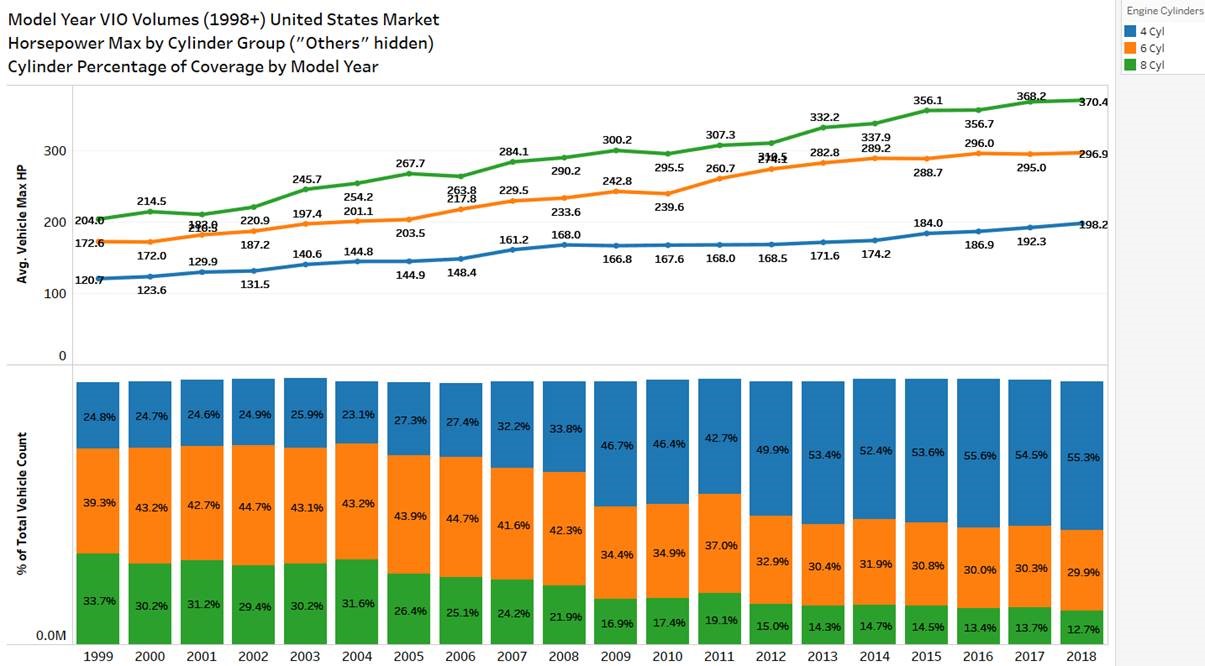 The automotive market is driven by consumer preferences and offers a range of engine options, which provides something for everyone. The boost in horesepower in today’s engines provides a nice mix of fuel economy and performance. While muscle cars remain an important fixture in American society and automotive culture, demand has shifted and understanding these data points in the broader industry context empowers dealers to make the right inventory decisions.

Leasing Decreased in Q3 2021, But Remain

Are You Leveraging Your AutoCheck Subscr