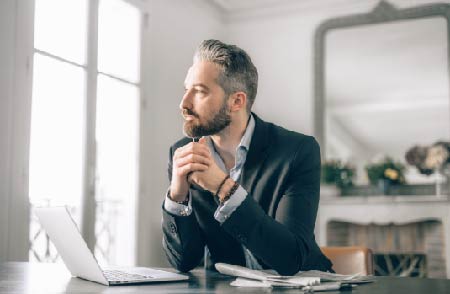 Unemployment Insurance (UI) refers to a joint federal and state program that provides temporary monetary benefits to eligible workers who are actively seeking new employment. The federal government oversees the general administration of state unemployment insurance programs, but the states control the specific features of their unemployment insurance programs, such as eligibility requirements and length of benefits. This blog provides an overview of UI employer liability in New York for businesses operating in the state.

The conditions for UI employer liability in New York differ for the following types of businesses:

General business employers are liable on:

Employers of household help are liable on the first day of any calendar quarter they pay the remuneration of $500 or more.

Effective January 1, 2020, employers of agricultural labor are liable as of:

Government employers are liable on the first day of the calendar quarter they pay the remuneration to employees in covered employment, regardless of how much remuneration they pay or the number of employees.

All Indian tribes, as defined in Section 3306(u) of FUTA, are liable under the New York State Unemployment Insurance Law on the first day of the calendar quarter they pay the remuneration to employees in covered employment. It does not matter how much remuneration they pay or the number of employees.

Registering with the New York Department of Labor

New York employers subject to UI tax must establish a New York UI tax account with the New York DOL. Registering for a UI tax account is necessary as soon as their UI employer liability in New York is established. Also, before employers begin the registration process, they must obtain a Federal Employer Identification Number (FEIN) from the Internal Revenue Service (IRS).

General business and household employers can register online through New York Business Express (NYBE). On the other hand, online registration is not available for non-profit, agricultural, government, or Indian tribe employers. These employers must register by mail.

After the registration, if UI employer liability in New York is confirmed, employers must electronically submit a Quarterly Combined Withholding, Wage Reporting and Unemployment Insurance Return (Form NYS-45). Once they receive a Notice to Employees poster informing employees their jobs may be covered by unemployment insurance, employers have to display it at each of the business locations, where employees can easily see it.

As in every other state, employees in New York who are temporarily out of work through no fault of their own may qualify to collect unemployment benefits. However, the eligibility rules, prior earnings requirements, benefit amounts, and other details vary from state to state.

The New York State Unemployment Insurance Program provides weekly income for people who are out of work through no fault of their own, have enough employment to establish a claim, are ready, willing, and able to work, and are actively seeking work.

Claimants can meet the necessary requirements for UI employee eligibility in New York, if:

Claimants may be denied UI employee eligibility in New York if they:

No more than $11,088 of claimants’ high quarter earnings is used to determine their UI employee eligibility in New York. They must have earned at least half that amount, or $5,544, in the other base period quarters.

Once claimants use wages to establish a claim, they cannot use them again. If they were fired for misconduct or a criminal act, they may not use any wages paid for that work to establish a claim or to calculate the benefit rate. Also, if they are filing a repeat unemployment insurance claim, claimants must have earned new wages of at least ten times their benefit rate in the benefit year to qualify for a new claim.

The UI tax funds unemployment compensation programs for eligible employees. In New York, the state UI tax is just one of several taxes that employers have to pay. Other important employer taxes include federal UI tax and state and federal withholding taxes. To ensure compliance and avoid possible penalties for making mistakes related to UI employer liability in New York, they have to regularly monitor both the IRS and DOL websites for the latest information.

Today’s companies have to comply with an overwhelming number of employment regulations at both the federal and state levels. However, to simplify this process, they can outsource unemployment claims management and reduce administrative burden and costs. Using systems designed specifically for unemployment claims administration allows them not only to comply with state and federal laws but also to focus on core business functions instead of monitoring the changes to the unemployment legal landscape.

Learn about different aspects of Pennsylvania unemployment compensation to stay compliant, and control UI costs in a more effective way.

This webinar provides best practices for projecting your future UI tax rate and how to adapt to a new tax landscape changed by the COVID-19 pandemic.