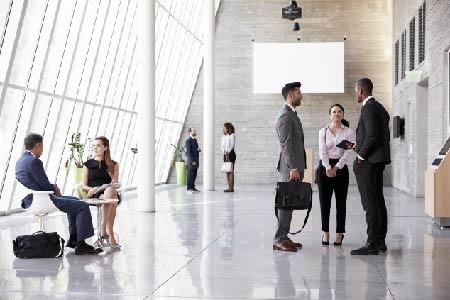 One of the most common questions we receive is, “What is the difference between misconduct and poor job performance?” In basic terms, misconduct is a behavior issue, and poor job performance is a competence issue. Sometimes these situations are very easy for the employer to differentiate. Such as; an employee stole and was terminated (misconduct) vs. an employee is working hard but is not capable of meeting their quotas (poor performance). However, an employer’s management of the situation is the difference in a state viewing an incident as misconduct instead of poor performance.

A claimant discharged for willful misconduct is seen as a protestable claim. This means the employer should protest the charges and should fight the payment of benefits to the claimant. Why? Though the employer still has the burden of proof in this (and all) discharge cases, they have the ability to illustrate to the state that the claimant was, in fact, responsible for their discharge. Misconduct is viewed as the claimant knowing a rule, policy, or employer expectation, then being coached and trained on this policy and still deliberately violating it.

So, where is the line? Is it in warnings? Further training? Instructions? Documentations? Yes. It is in all of these as well as quantifiable expectations. The key points in the state viewing a case as misconduct are 1. Behavior; meaning it is the claimant’s behavior that is a problem, not their capability to follow such a rule and 2. Deliberate or willful; meaning the claimant knowingly violated a rule and made the conscious decision to do so.

One example is that of a Registered Nurse at a local hospital. An example of a poor job performance case is; An RN was not disposing of a patient’s bedsheets properly each evening. The RN’s supervisor informed the nurse of the standard of care and instructed him to do better. The nurse was capable of changing and disposing of the bedsheets as he had previously done so during his training period. Over the next week, however, the supervisor saw no improvement. The supervisor verbally instructed the nurse to dispose of the bedsheets each night. The nurse still did not improve after a few more weeks of back and forth with his supervisor, but the supervisor never documented the problem or issued any type of warning that would alert the nurse to the fact that his job was in jeopardy. Ultimately the nurse was terminated by the supervisor for what he viewed to be misconduct. The State, however, would likely not view this as misconduct, but rather as poor job performance because the nurse did not meet the expectations of the employer. The employer could not prove that the employee violated a policy, did not heed a warning , nor did he know his job was in jeopardy.

Had the employer handled this situation differently, this case could have been considered a discharge due to misconduct. An example of this being a misconduct case is; The nurse’s Supervisor in the above scenario followed an established progressive discipline process by issuing a verbal, written and/or final written warning to the nurse. The supervisor first verbally instructed the nurse of the standard of care and clearly instructed him to change and dispose of the bed sheets each night. When the nurse failed to adhere to those instructions, the Supervisor clearly indicated to the nurse in writing that failing to change and dispose of the bedsheets each evening was a violation of hospital policy and failure to do so may lead to further disciplinary action, up to and including termination. The Supervisor requested that the nurse sign the written warning to acknowledge that he received, read, and understood the contents of the warning. The nurse continued to disobey the instructions by not disposing of a patient’s bedsheets and was ultimately discharged for misconduct. In this scenario, the State likely would have ruled that this was indeed a discharge due to misconduct. The Nurse was not terminated for failing to meet the employer’s expectations, he was terminated for his behavior, which was willfully disregarding the instructions of his supervisor. The nurse’s actions should be considered a willful disregard for the employer’s interest and as such, the employer should not be responsible for the payment of benefits.

Neither version discussed is an open and shut easy win case for the employer. However, with proper written warnings and documentation, as well as ensuring the employee knew his job was in jeopardy, the employer has a very good chance of winning the case. As an employer, ensuring that you have clear cut expectations and rules in place for your employees, as well as a uniformly enforced discipline process, you will increase your chances of State Unemployment Adjudicators viewing cases such as these as willful misconduct instead of poor performance. Outsourcing with a vendor specializing in unemployment management is a good way to maintain these record-keeping practices to help determine the difference between misconduct and poor job performance.

Learn more about Form 940 and how to file with an accurate calculation of payroll tax for both federal and state authorities.