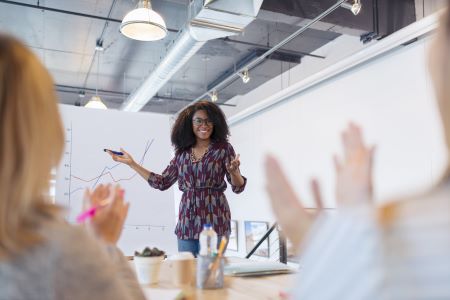 , created by federal law, administered under state and federal laws and financed by unemployment program tax contributions from employers. Through a system of payments made directly to unemployed workers, UI ensures that at least some of life’s necessities can be met while an active search for new work takes place. Read on to learn about the unique aspects of California UI tax and how it is implemented.

Part of the employer’s tax goes directly to the federal government to pay for the administration of the UI system. The greater portion goes into a special UI Trust Fund from which benefit payments are made to the workers who are unemployed.

In all states, employers contribute to similar federal-state UI programs, but the tax rate and other provisions vary. This blog series is intended to help employers understand different aspects of the UI program as keeping up to date on state and federal guidelines can help them stay compliant and reduce the risk of incurring unnecessary penalties.

In California, the Employment Development Department (EDD) administers the UI program according to guidelines established under federal law, the California UI Code, and the California Code of Regulations, Title 22.

California UI tax is covered by state payroll taxes. Moreover, unlike other states, California uses the same forms for UI tax, withholding taxes, and other employer taxes and refers to all these taxes under the general label of payroll taxes.

There are four categories of California payroll taxes. Among them, Unemployment Insurance (UI) and Employment Training Tax (ETT) are employer contributions while State Disability Insurance (SDI) and Personal Income Tax (PIT) are withheld from employees’ wages.

Employers subject to California UI tax contribute to the UI fund, which pays benefits to people who are unemployed through no fault of their own. Most employers are tax-rated employers, which means the experience rating method is used to determine their UI contribution rate. Nonprofit and public entity employers that choose another method are known as reimbursable employers.

New employers subject to California UI tax are assigned a 3.4 percent UI rate for two to three years. After that, their contribution tax rate varies, depending in part on how much they have paid in UI benefits. The rate schedule for California UI tax and the amounts of taxable wages are determined annually.

California UI tax rate schedule for 2022 is Schedule F+. This is Schedule F plus a 15 percent emergency surcharge, rounded to the nearest tenth. Schedule F+ provides for UI contribution rates from 1.5 percent to 6.2 percent. The taxable wage limit is $7,000 per employee per calendar year.

Employers subject to California UI tax need to establish a California payroll tax account with the EDD, but not before they have paid over $100 in wages in a calendar quarter. To set up the account, employers register the business with the EDD either online or on paper. To register online, it is necessary to use the EDD’s e-Services for Business. Once they register online, employers are assigned an account number within 24 hours.

To register on paper, most employers should use Form DE 1, Registration Form for Commercial Employers. However, certain other employers, such as agricultural employers, employers of household workers, and nonprofit employers, need to use different registration forms.

Since the UI law’s intent is partly to compensate a worker for loss of wages while unemployed, employee eligibility for California UI benefits depends on having a substantial attachment to the labor force. One of the methods used to measure this attachment is a minimum earnings test.

The maximum amount of a regular UI claim is either 26 times the claimant’s weekly benefit amount or one-half of the claimant’s base period wages, whichever is less.

The minimum earnings test requirement denies California UI benefits to claimants whose earnings in a 12-month base period are below the minimum on the assumption that low earnings indicate a short or temporary attachment to the labor force. The base period is 12 months long, but it is important to consider it as four quarters of three months each. The quarter in which the highest wages were received determines the weekly amount of California UI benefits.

There are two types of base periods that may be used to establish a UI claim:

While state UI tax rates are complex and hard to understand, there are measures employers may implement to save thousands of dollars each year. For example, a large percentage of disputed unemployment claims are lost by employers due to a lack of valid documentation. They can avoid this problem by maintaining accurate wage reports, and other documentation. Also, if all employees receive corrective action notices for violating company policies, or not complying with the terms of their job descriptions, employers have a higher chance of denying unemployment claims. Finally, it is essential that employers closely monitor state UI tax rates and comply with a number of state and federal laws and regulations.

To simplify this process and control UI tax costs more effectively, employers can outsource unemployment claims management. Such an approach ensures that employers are always in compliance with the necessary regulations while helping them reduce the administrative burden and allowing them to focus on core business functions.

Learn more about UI employer liability in Texas and employee eligibility to successfully navigate through this state’s system and stay compliant.

The Importance of POA for Tax Rates

A POA document can affect your tax rates by empowering a third-party agent to act on your behalf. Here's how it affects your unemployment management.

An important distinction to make for unemployment management between misconduct and poor job performance. Determining which applies affects UI eligibility.