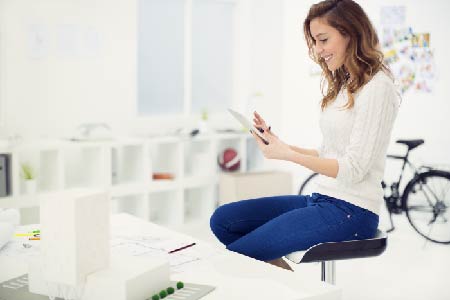 Finding skilled workers has always been a challenge for employers. While this has been a long-standing problem for several industries, it has been worsened by the pandemic because many of those who lost jobs in 2020 have not returned to work or have moved on to other vocations. Completing the eligibility requirements for the Work Opportunity Tax Credit (WOTC) is one of the ways companies can widen their hiring pools while potentially qualifying for a valuable tax break. In addition to this, the latest WOTC extension means that businesses can continue to take advantage of this tax-saving opportunity while hiring workers who have experienced long periods of unemployment and members of other target groups.

Since it was established, WOTC has expired a number of times before being retroactively reauthorized. In addition to extending the duration of the credit, reauthorization legislation has changed the eligible populations and maximum credit levels while in other instances, WOTC eligible populations and credit levels were changed without extending the duration of authorization.

The WOTC was created by the Small Business Job Protection Act of 1996 (P.L. 104-188) to allow for-profit employers to claim a tax credit against their federal income tax liabilities for hiring members of seven specifically designated groups from October 1, 1996, through September 30, 1997.

The Taxpayer Relief Act of 1997 (P.L. 105-34) revised WOTC by shortening the minimum employment requirement to 120 hours, creating a two-tier subsidy based on the length of retention, and extending the credit through June 30, 1998. This Act also created the Welfare to Work (WtW) tax credit, which was later incorporated into the long-term family assistance recipients credit under WOTC.

VOW to Hire Heroes Act (P.L. 112-56) expanded the qualified veterans’ group covered by WOTC and changed the amount of first-year wages that can be claimed for the credit. It made the WOTC refundable for certain tax-exempt employers and also extended the expiration date of WOTC for veterans to December 31, 2012. However, this law did not include the WOTC extension for non-veterans.

The Protecting Americans from Tax Hikes Act of 2015 (P.L. 114-113) expanded the WOTC to include long-term unemployment recipients and extended the WOTC for all eligible groups through December 31, 2019. H.R. 1865, Further Consolidated Appropriations Act (CAA), 2020 signed on December 20, 2019, included numerous extensions of tax incentives, and a one-year WOTC extension was among them.

As part of the Taxpayer Certainty and Disaster Tax Relief Act of 2020, included in the Consolidated Appropriations Act, 2021, the WOTC program received a five-year extension through December 31, 2025. To be eligible, employers must hire workers prior to 2026, obtain certification affirming the individual’s status as a member of a target group, and submit the completed IRS Form 8850 to the appropriate State Workforce Agency within 28 days after the individual begins employment.

In addition to this, the IRS announced the extension of the deadline for certification requests for members of the designated community resident and qualified summer youth employee target groups. This was necessary because, in addition to the WOTC extension, the CAA generally extended the period for which Empowerment Zone designations are in effect through 2025. As a result, employers needed more time to comply with certification requirements.

There are several requirements that employers must meet in order to qualify for the WOTC. For instance, employees must work at least 120 hours in the first year of employment to receive the tax credit. Also, employees who are related to the employer or who previously worked for the employer are not eligible. Employers of all sizes are eligible to claim the WOTC. This includes both taxable and certain tax-exempt employers located in the United States and in some U.S. territories.

Employers can earn a tax credit of up to $9,600 per employee, depending on the target group of the new employee and the number of hours worked in the first year. However, the rules and credit amounts differ for specific employees. The maximum credit available for the first year’s wages is $2,400 for each employee or $4,000 for a recipient of long-term family assistance. For some veterans, the limits are $4,800, $5,600, or $9,600, and for summer youth employees, the wages must be paid for services performed during any 90-day period between May 1 and September 15. The maximum WOTC credit available for summer youth workers is $1,200 per employee.

Certain groups of people in the United States experience higher rates of persistent unemployment or job turnover. These categories include people with disabilities, veterans, long-term social welfare program recipients, or former criminal offenders, traditionally thought to be riskier hires compared with other types of applicants.

The longer someone stays out of work, the harder it is to reenter, but employers can use WOTC as a proven tool for promoting the employment of underprivileged individuals. Moreover, the WOTC extension provides them with more opportunities to capture thousands in credits.

While the administrative burdens involved in WOTC management can be challenging, automated WOTC solutions significantly improve both accuracy and efficiency of the program. Integrating applicant screening and work opportunity tax credit certification questions into one automated application process increases compliance, enhances the applicant experience, and simplifies the application for credit certification.

ERC Eligibility: Who Qualifies for ERC?

The Employee Retention Credit expired Sept 2021, but qualifying businesses can retroactively claim it. Click through to find out who qualifies for the ERC.

Double Your R&D Credit With the Inf

Learn how qualifying businesses have an opportunity to double their R&D tax credit with changes made by the Inflation Reduction Act.