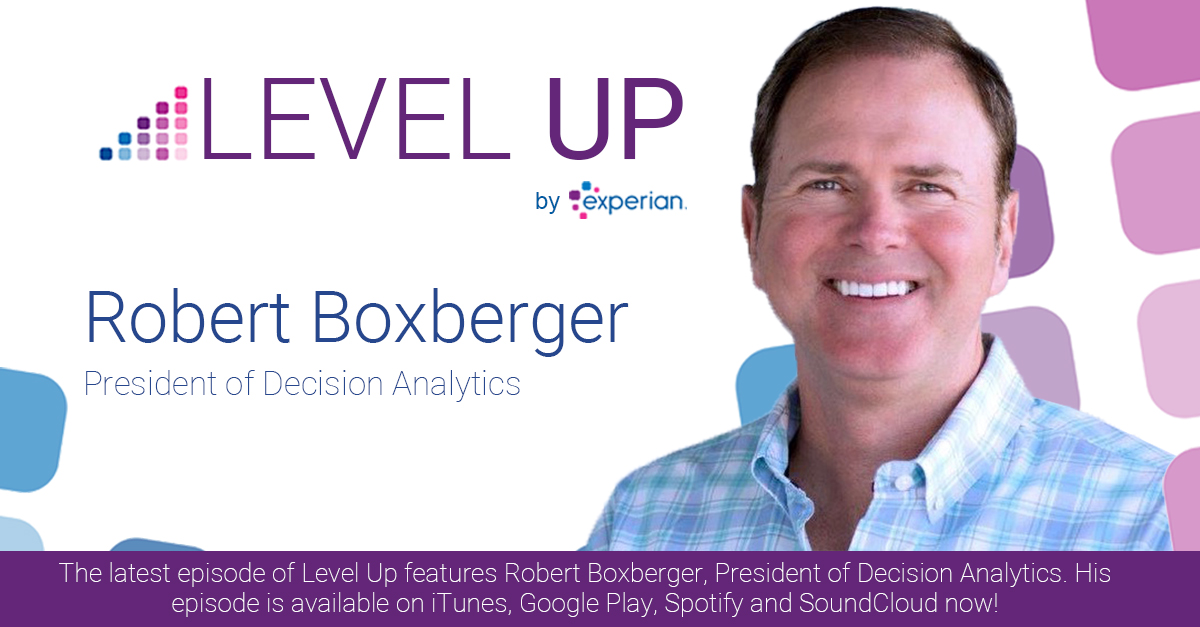 Most recently, we spoke with Robert Boxberger, President of Decision Analytics. As president, Robert is responsible for software solutions, analytics and the Global Consulting Practice. Since joining Experian, he has led several initiatives that have helped shape the global Decision Analytics business.

Here are a few takeaways from our discussion with Robert:

You can make it happen.
At least that’s what you need to keep telling yourself, according to Robert. With any position, there will always be an inkling of doubt regarding whether or not you can deliver on your set goals, but the difference between success and failure is how strongly you believe in yourself and your team. Like Robert said, “We’re only on this earth for a fairly short period of time. While we’re here, let’s have fun, be positive and believe.”

Lead by example.
Robert is the proud father of three children who have displayed great amount of leadership early on. Robert’s advice for raising the leaders of tomorrow?

You will never be perfect.
And you shouldn’t strive to be. As Robert pointed out, if you come into work thinking, “I’m perfect and I’ve done everything that I can to make this the perfect place,” then there is no more use for you and your job would be done. Always tackle your day and your projects with the mindset that you can always do something new or better.

Everybody doesn’t have to like each other.
With so many personalities in the workplace, it’s only a matter of time before you come across someone you may not get along with as well as others, and that’s fine. Here are a few tips Robert recommends for working with someone you don’t jive with:

Your family comes first.
Whether it’s the CEO, an SVP or an individual contributor, your family will always take priority, and finding the balance between work and family is important. Not only will you reap the benefits of a balanced lifestyle, but it makes for a better work environment when you know you have something great to come home to and something great to go work on.

We were so happy to have the opportunity to chat with Robert for Level Up.