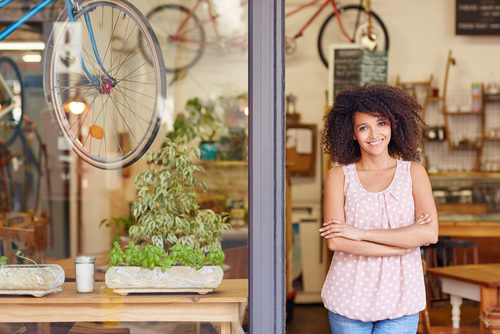 It was only a few months ago when millennials officially surpassed baby boomers to become the largest living generation. Since millennials are so numerous, it stands to reason, that they could also become the most prevalent population of small business owners in the U.S. As a matter of fact, everyday there are hundreds of new start-ups being created by this younger demographic.

Clearly, the millennial generation is gravitating toward entrepreneurship, but what do we really know about this segment of the population? While we know they are deeply rooted in technology, what industries are they most likely to enter? Where are millennials more apt to establish their companies? How do they handle credit?

In order to put a face to the average millennial business owner, Experian recently conducted an analysis exploring the demographic and its credit characteristics. Interestingly, we found correlations between their education level and the industries in which they were most likely to start a business.

Interestingly, the analysis showed millennial business owners had the highest percentage of those without a high school diploma and subsequently established companies in industries that typically do not require a college degree. For example, the top three industries for millennials include business services, building cleaning and maintenance and general contractors.

From a geographic perspective, we found more than 68 percent of millennials establish businesses primarily in three states, including California, Texas and Florida. While the number may seem a bit high, it makes sense considering one of the states is a hub for technology, and the other two do not have state income tax.

We also found millennial business owners have the lowest commercial* and consumer credit scores at 32 and 628, respectively. However, despite their low scores, millennials show to be the most credit active generation. More than 17 percent of millennials have opened a commercial account within past 24 months. While they have a brief credit profile, which can impact their credit score, millennials seem to understand the importance of building credit by opening new accounts.

By putting a face to the name, so to speak, creditors and suppliers will have a better understanding of what drives the millennial business owner. These insights will enable them to better market to this growing segment of entrepreneurs, as well as position them to service these young business owners and uncover their own growth opportunities. Millennials are the future, and the more we understand how to help them succeed, the better off our economy and society will be.

*Based on a scale of 1 to 100 (with 100 being least risky); predicts the likelihood of severe delinquency (more than 91 days past due) within the next 12 months