Consumer Sentiment During the Pandemic; What it Means for Businesses

Understand your customer May 29, 2020 by Jill Canetta, Chief Data Officer 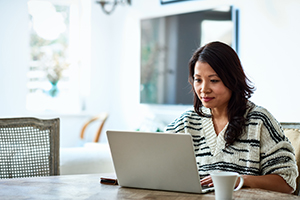 It’s been more than two months since COVID-19 was declared a national emergency on March 13 and since that time, consumers have dealt with a lot of uncertainty and fear—ranging from the health and safety of their families to financial stability and beyond. With the prospects of returning to normal changing every day, consumers’ feelings around the pandemic and how they’ve adjusted have also shifted and will continue to do so in the months ahead.

But just as the situation has been unprecedented for consumers, businesses are also in uncharted territory. Many have had to adapt operational strategies, while maintaining their ability to service their customers. Now, with stay-at-home orders beginning to lift and the easing of business restrictions in most states across the country, organizations will need to listen to their customers to help inform strategy moving forward, including reopening and operating in a post-pandemic environment.

To help, we instituted a survey of the general population to better assess how consumer sentiment is shifting during the pandemic. In the five weeks since the data was made available on April 1, we’ve identified trends across a number of key areas of interest.

How do businesses move forward? Using insights to inform strategy

With much of the focus for politicians, local community leaders and health experts shifting to reopening businesses and public establishments, we have to keep in mind, the post-pandemic environment will look much different than what it was just a few months ago. Just because businesses get the green light to open, there may be hurdles to return to “business as usual.” Consumers’ appetite to resume normal engagement with businesses will vary. For instance, some may opt for curbside pickup or delivery options for retail purchases or telehealth services for routine medical needs. Businesses need to adapt to the customer. In an ecosystem driven the customer experience and human connection, gauging consumer sentiment and preference will be a crucial first step.

The road ahead will be long, but the more businesses understand their customers, the better positioned they will be to deliver effective communications and also make strategic investments. What programs and initiatives can be started to better serve customers? What areas can be cut to save costs?

Our world was turned upside down the last two months and continues to change every day with still many unknowns. As businesses plan for the next few months and beyond, it’ll be critical to understand how consumer mindsets and behaviors are shifting. Relevancy has always been mission critical, but now, more than ever, businesses need to have consumers at the center of their strategies.