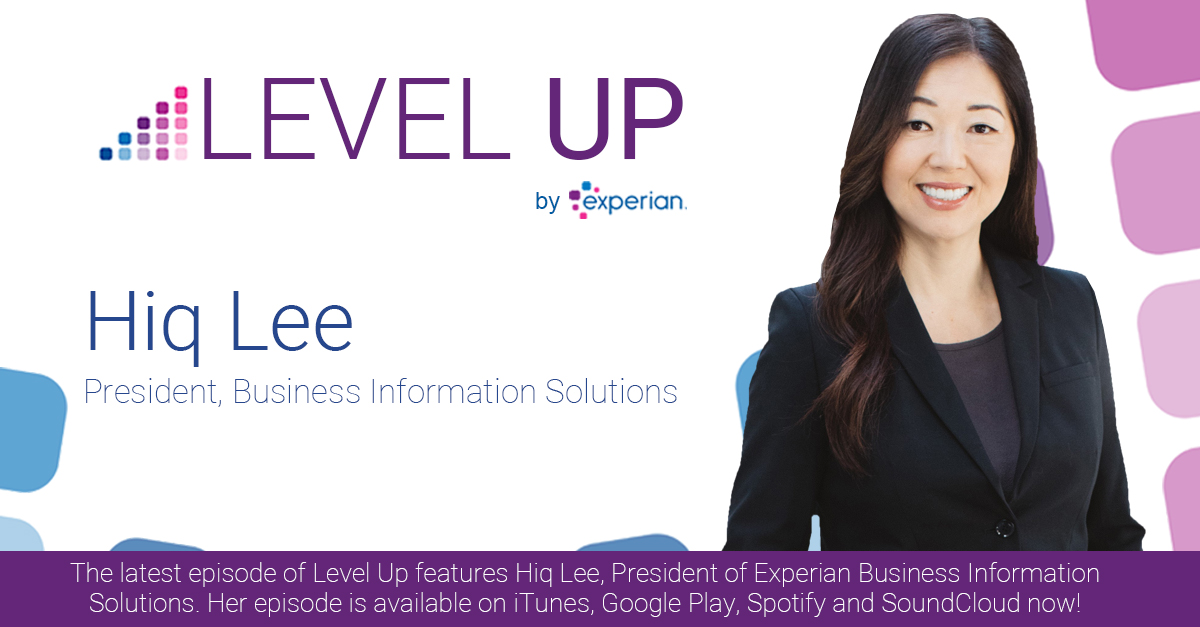 As part of Asian Pacific American Heritage Month, we spoke with Hiq Lee, President of Business Information Services at Experian. Hiq is responsible for the business unit’s vision and strategy, delivering on growth objectives and overall financial management. During this session, we talked about Hiq’s career navigation as an Asian American woman and how that affects her management style, emotional intelligence, risk assessment and so much more today.

Here are a few takeaways from our discussion with Hiq:

Our upbringing plays a huge part in our leadership style.
Whether that means the culture you were surrounded by or the personal way your parents raised you, you may mimic some of the leadership styles that brought you up. Here are some things from earlier on in your life that might affect the way you lead later on:

Ask for what you want.
Oftentimes, we are not being actively passed for that promotion; we simply aren’t voicing our needs and wants for it. For leaders to acknowledge and recognize your potential, it is important you vocalize what you want out of your career. Talk to your manager one-on-one to discuss your career trajectory and what you can do to achieve the goals you’ve set for yourself.

Recognize what others need from you as an ally.
For anyone to be an ally to any disenfranchised group, that person needs to know exactly what is needed from them and what they can contribute to the cause. It’s important to know what being an ally means to the people you are trying to support and what you can do to empower them. Here are a few examples of questions you can ask to demonstrate your support:

You might never feel ready, but that doesn’t matter.
Did you know that women are much more likely to wait until they feel absolutely ready before taking on a new opportunity such as a promotion than men are? If you wait until you are ready, the opportunity will pass. Hiq herself didn’t feel ready to leave the United States for Canada, especially with so many things changing in her life, but she took the jump and had no regrets about it. If you are confronted with that promotion or that long-awaited opportunity to travel somewhere you’ve always wanted to go, do not wait until you are ready. That day might never come.

You can be the role model.
Implicit biases are hurtful and frustrating. “You’re so outspoken and eloquent for an Asian” comes across as more of backhanded compliment than anything, but Hiq encourages all her fellow Asian Americans to take this implicit bias and create an advantage with it because in the end, what you’re doing is killing the stereotype. You can be the role model of what being Asian American really looks like in the professional world today—it doesn’t look like any, one thing.

We are all just human.
It doesn’t matter if it’s the CEO, a president, an SVP or a manager. We’re all just human and there is no need to create a barrier between upper management and individual contributors. A lot of these high-level leaders can feel like distant “celebrities” sometimes, but it’s important to remember we all started with a “square one.” Don’t be afraid to approach someone and open up your network just because of their title.

We were so happy to have the opportunity to chat with Hiq for Level Up.