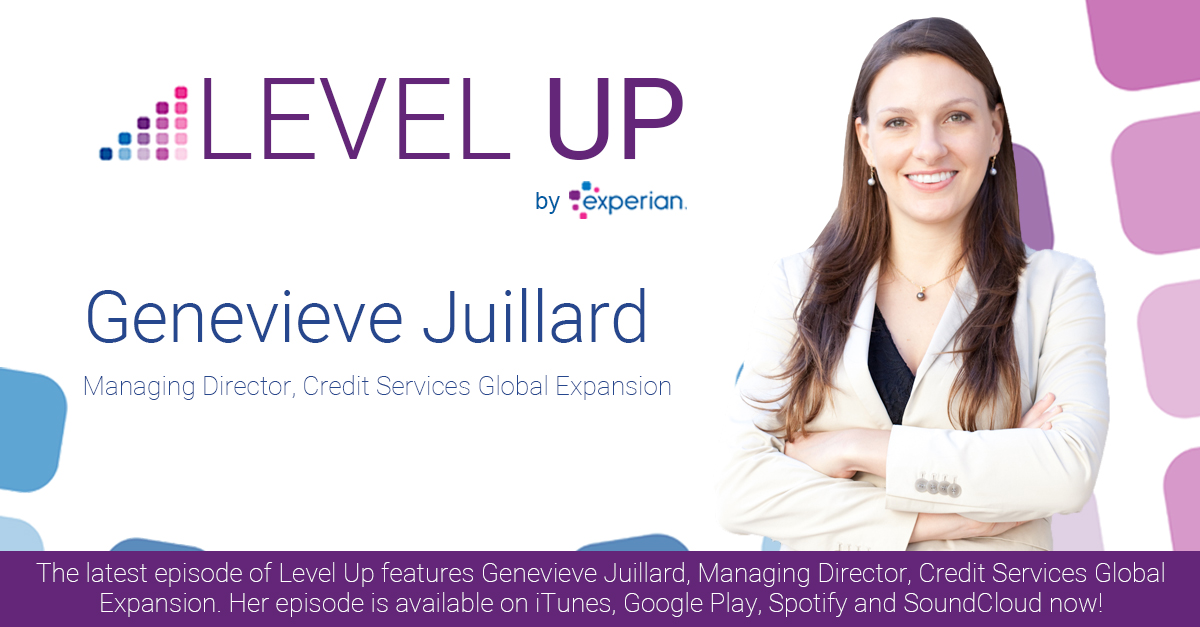 Most recently, we spoke with Genevieve Juillard, Managing Director, Credit Services Global Expansion. In this role she oversees product advancement into new markets and development of access to strategic new data assets, including leadership of the Data Exchange innovation team. She is also the business leader for Project Athena, a global program meant to strengthen and accelerate innovation capabilities at Experian.

Here are a few takeaways from our discussion with Genevieve:

Tune out your insecurities.
Each position Genevieve has occupied at Experian—save for one—has been a completely new role created just for her. Going into positions where there was no precedent for her to follow could have intimidated her, but instead, she chose to remain excited. Here are a few reasons why it worked for her:

Disappointment is part of the business.
As someone who has lead numerous business units at Experian, Genevieve has had a lot of room for disappointments. You will hear the word “no” a lot throughout your career, but it’s important you learn to roll with the punches. Here are a few things you can do to ensure you do not get too lost in your disappointment:

You are never really “too busy.”
So many of Genevieve’s colleagues praise her for her ability to make time for anyone regardless of her insanely packed schedule. She was quick to point out, “It only takes one minute to say hello.” Here are a few things you can do to embody Genevieve’s openness with your own colleagues:

Take the time to understand different cultures and techniques.
Genevieve has had the privilege of taking her career to four different continents! While that’s an exciting prospect, it also leaves a lot of room for misunderstandings between cultures. Find yourself moving your career internationally? Remember these tips for breaking the barriers between culture in the workplace:

We were so happy to have the opportunity to chat with Genevieve for Level Up.