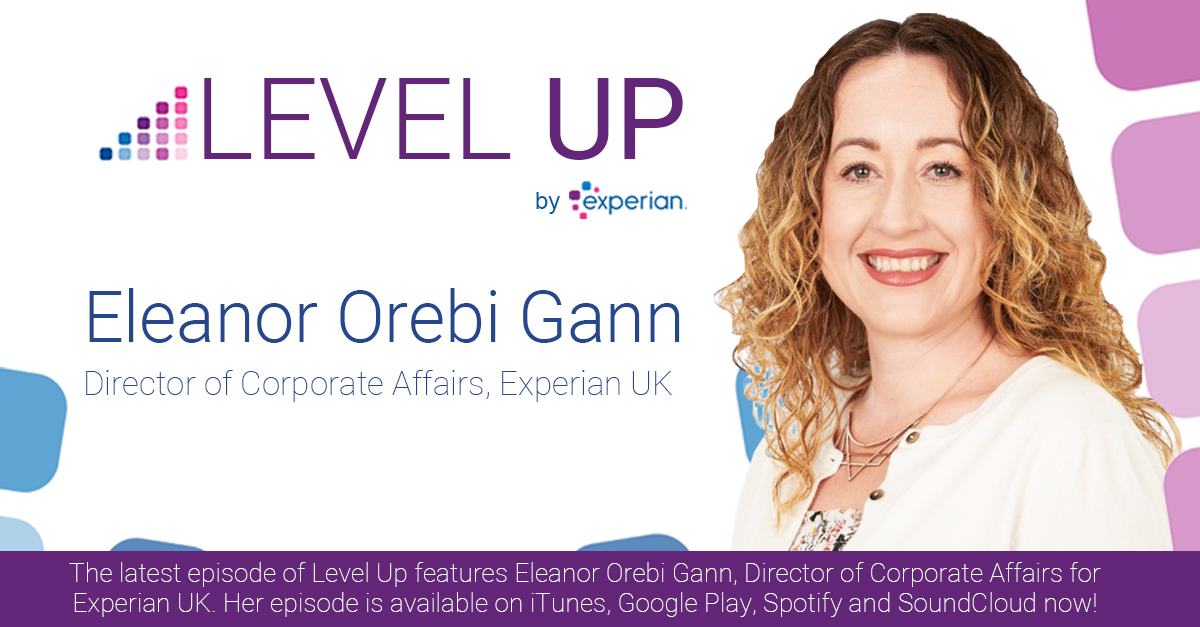 Most recently, we spoke with Eleanor Orebi Gann, Director of Corporate Affairs for Experian UK&I, EMEA. Eleanor has worked in communications for nearly 20 years. She began her career in PR agencies where she focused on luxury travel and food and drink, before she moved to top tech PR agency Hotwire as the Director of its Consumer Technology and Media & Marketing practices. She moved to Visa Europe in 2011 and led tech and innovation communications at Visa for several years. In 2017, she moved from Visa to Experian.

Here are a few takeaways from our discussion with Eleanor:

Learn how to tell a story.
Being a storyteller is important to your career no matter what your craft is. As Eleanor said, “You have to be able to tell a story because you’ve got to be able to pitch your ideas and business.” People might not remember everything you said, but they’ll absolutely remember how you make them feel, and storytelling is a large part of that. Here are some tips to becoming a good storyteller:

Passion and belief will get you very far.
If you are passionate and believe in what you do, then you have real purpose and you’ll feel like you have an important role to play in society. And when your entire team shares that same passion and belief, you become unstoppable.

Go out there and actively look for things you don’t know.
Eleanor pointed out, “Imagine how boring it would be if you could wake up one day and look in the mirror and go, ‘I know everything now.’” Everyone can always learn something new, and if you are actively going out and looking for fresh ideas, new trends, and challenges, then you won’t ever stop growing.

Find the humanity in everyone.
It’s easy to misjudge someone or decide you don’t like someone. It’s harder to try to understand where they’re coming from and what they’re going through. If you take the time to remind yourself that we are all just human beings trying our best, it’ll be easier for you to connect and collaborate with others, even if you don’t quite get along. Eleanor instructed, “Always look for the humanity in someone and think about who they are as a person and allow for that.”

Give others a voice where you can.
Not everyone is as comfortable sharing their opinions. As a leader, it’s important for you to recognize who on your team would have something awesome to contribute and nudge them to share. Eleanor suggests giving your team member enough time to gather their thoughts by saying, “So and so is working on this and that. They might have a great perspective on this.”

Burnout happens. Yes, even at good companies.
If you like your job so much, you don’t want to take a day off, of course burnout can still occur. It’s important to make sure that your work does not become your entire identity; you will lose track of who you are and it will be detrimental to your health. After experiencing burnout, Eleanor had to do the work to reconnect with herself. Here are some things she recommends while recovering:

Be part of the support system.
If one of your direct reports is suffering from a mental health issue, it’s vital that part of their support system includes you as their leader. Once you start to see their symptoms or warning signs, create a relaxed and informal environment where you can ask them what’s going on. If they don’t want to talk, Eleanor suggests working together to arrange their work environment/flow in a way that will be helpful until they are ready to talk or they feel better. When in doubt, “how are you” and “how can I help you” always go a long way.

We were so happy to have the opportunity to chat with Eleanor for Level Up.