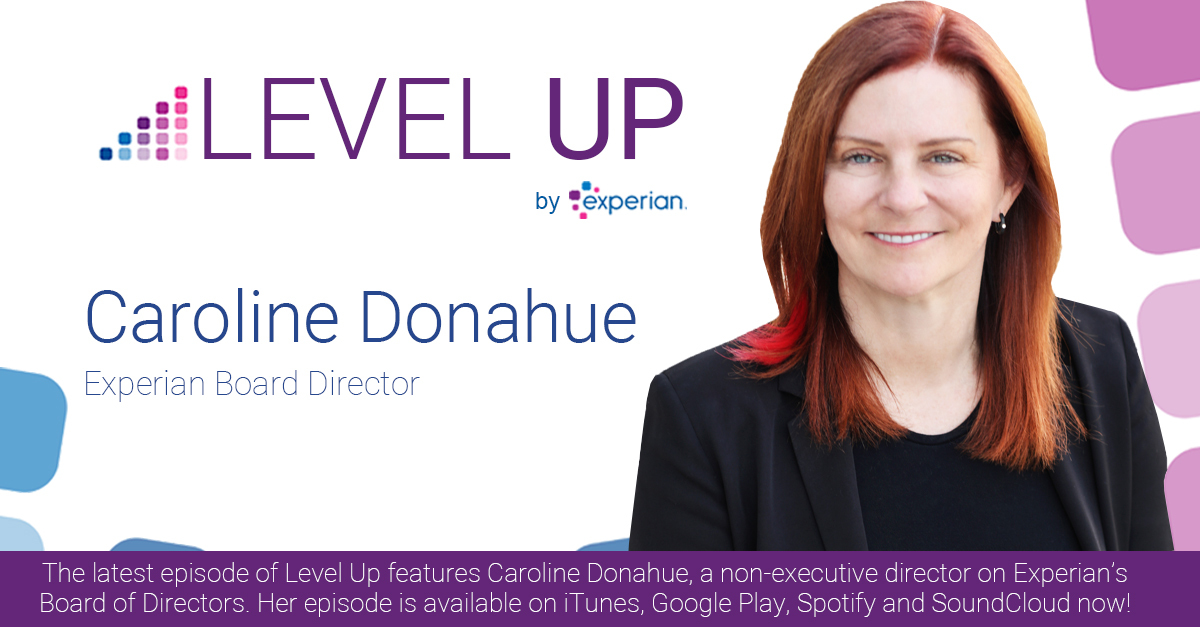 Most recently, we spoke with Caroline Donahue, a non-executive director on Experian’s board of directors, and former Chief Marketing and Sales Officer at Intuit.

Here are a few takeaways from our discussion with Caroline:

You don’t need to go into the field others expect you to.
Caroline was an English major in college, but broke out into the tech space and spent her entire career there. Even now in retirement, she serves on the board for companies like Experian and the Computer History Museum. You never have to feel tied down to one thing. As long as you have an eagerness to learn, a lot of different things are very possible.

Earn your respect.
Caroline learned very early on that titles mean nothing and that you have to earn your respect. No matter what your business card says or what corner office you have, the respect you have will be earned by becoming a great leader to your employees. Focus on cultivating a great culture for your team, listening to the needs of those around you, and engaging with your peers, and the respect will follow.

Establish a network.
This is straightforward enough, but Caroline recommends establishing a network that goes beyond your field, industry, function and level. Working with vastly different people is an underestimated power, and the network you create will help you learn more about the working world around you.

Don’t underestimate the value of “extra credit work.”
That “extra credit” as Caroline likes to call it is where you can make some of the best connections of your career. Caroline is involved in a wide variety of things that are important to her outside of day-to-day work. Here are some things you can get involved with at Experian:

Always strive to be a learner.
Things are always moving very quickly, especially in fintech. It’s important that even amid the chaos, we remain learners above all. Connecting with others on a professional and personal level can open a lot of doors for learning things you otherwise wouldn’t have. You can never learn too much.

Try not to turn down a mentoring opportunity.
Of course there will be exceptions, but Caroline herself does her best to never turn down an opportunity to take on a mentee. In fact, she speaks with multiple mentees a week. Although you will be teaching your mentee a great deal, you’ll also learn a lot about what kind of leader you want to be. Again, we are first and foremost learners!

We were so happy to have the opportunity to chat with Caroline for Level Up.