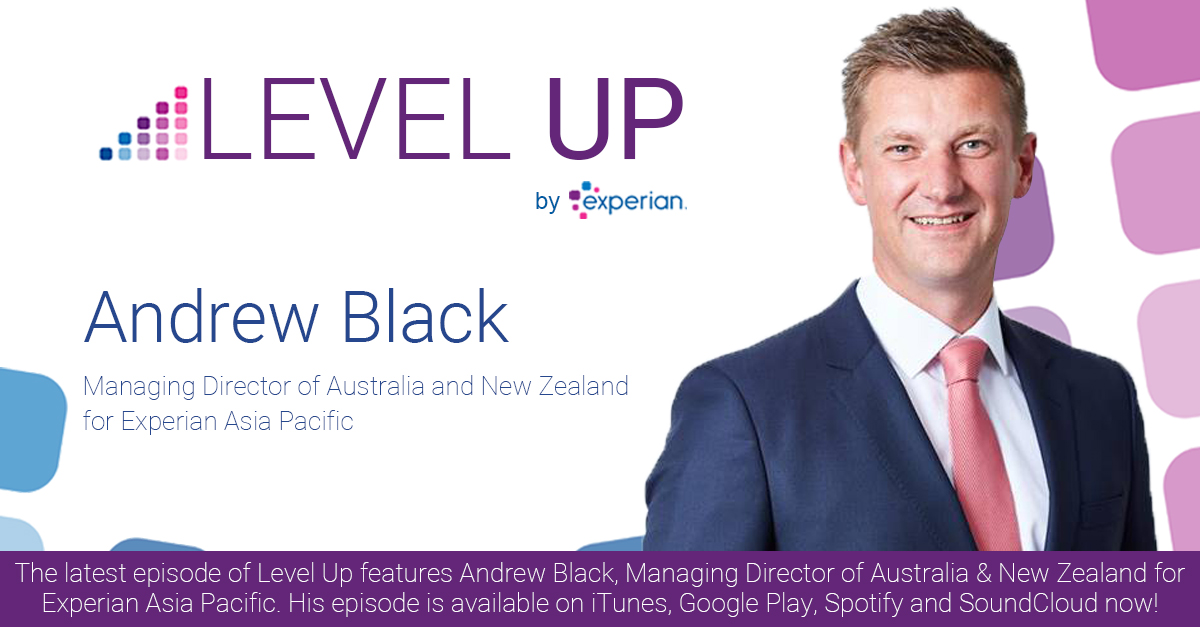 Most recently, we spoke with Andrew Black, Managing Director of Australia and New Zealand for Experian Asia Pacific. In this role, Andrew leverages a blend of established capabilities and exciting new initiatives across Credit Services, Decision Analytics, Data Quality and Targeting. He believes in driving success through a commitment to growing the team, excellence in execution and fostering a high performance environment.

Here are a few takeaways from our discussion with Andrew:

Don’t underestimate the value of a good company.
Andrew has stayed with Experian his entire career and has made a home here. He enjoys his work, the people he gets the opportunity to interact with and the fulfillment he experiences as Managing Director. Wherever you find yourself in your career, it’s important to never underestimate the value of a company that treats you well.

Embrace new starters and what they bring to the business.
Often times, companies will hire new employees and simply tell them to learn the business and catch up with the rest of the team. Andrew’s philosophy differs greatly—he looks at new employees as fresh eyes that can tell him what he can do better. He meets every new hire under him and in doing so, has decreased the attrition rate from 25 percent to a shocking 4 percent. Here are a few reasons why you should be thinking the same way:

Being humble vs. being overmodest
While a lot of Level Up guests can agree being humble is a common trait amongst leadership, we can also agree that sometimes, we need to speak up about our accomplishments and the success we have experienced—especially when it comes to negotiating promotions, pay increases and more. So how do you walk the fine line between being humble and being overmodest?

We were so happy to have the opportunity to chat with Andrew for Level Up.