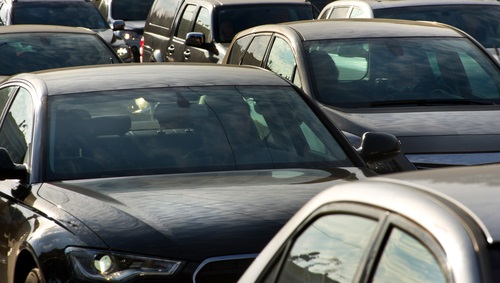 Some of my fondest memories on road trips as a child were the games we were able to play. I’m sure many kids played “I Spy” and did “Sing-a-longs,” but my go-to game was “Slug Bug” (It’s a game where you get points for spotting a Volkswagen Beetle). While it’s been quite some time since I’ve played the game, I still find myself very aware of the different types of vehicles around me.

As a matter of fact, if I were to play the game today, I’d probably rack up a number of points for the amount of cross-over utility vehicles (CUVs) I’ve seen on the road lately. There are quite a few.

After reviewing Experian Automotive’s most recent Market Trends and Registration analysis, it all made sense. During the first quarter of 2015, the entry-level CUV was the top new registered vehicle segment, up 6.3 percent from a year ago.

It also marked the fifth consecutive quarter that the entry-level CUV was the top selling new vehicle segment. It was followed by the small economy car and full-sized pickup truck.

The analysis also found that it wasn’t just the CUV that saw an uptick in new registrations. In fact, seven of the top 10 new registered vehicle segments saw increases in sales from a year ago, and 16.6 million new vehicles overall found their way onto U.S. roads in the first quarter of 2015.

The spike in new registrations combined with fewer vehicles going out of operation drove the number of vehicles on the road to nearly 253 million, its highest level since the second quarter of 2008.

As CUVs continue to stand on top of the mountain of new vehicle sales, and small economy cars sprint pass the full-sized pickup truck, you might think similar patterns have emerged in the overall number of vehicles on the road. But it’s not necessarily the case.

Despite falling to the third most purchased new vehicle segment, full-sized pickup trucks remain the most popular vehicle on the road, making up roughly 15 percent of the market. That said, entry-level CUVs have seen the most dramatic increase, rising 12.2 percent from a year ago.

Trends in the automotive market can sometimes appear to be cyclical, which is why it’s important for the industry to pay close attention to the data sets available to them. By leveraging the data, dealers, retailers and manufacturers can benefit from the insights to make better business decisions, whether it’s relocating inventory or adapting to consumer demand.