In honor of Earth Day, Experian Automotive released findings from an analysis comparing electric and hybrid* vehicles. Findings from the analysis showed that in 2013, more than 45 percent of hybrid car buyers were 56 years old or older, while roughly 26 percent of electric car buyers were of the same age. The greater percentage (55 percent) of electric buyers were between the ages of 36 years old and 55 years old. Additionally, nearly 21 percent of consumers purchasing an electric car had an average household income of $175,000 or more. Conversely, only 12 percent of consumers purchasing a hybrid had an average household income of the same level.

*For this analysis, hybrid vehicles were defined as any vehicle with multiple power alternatives. 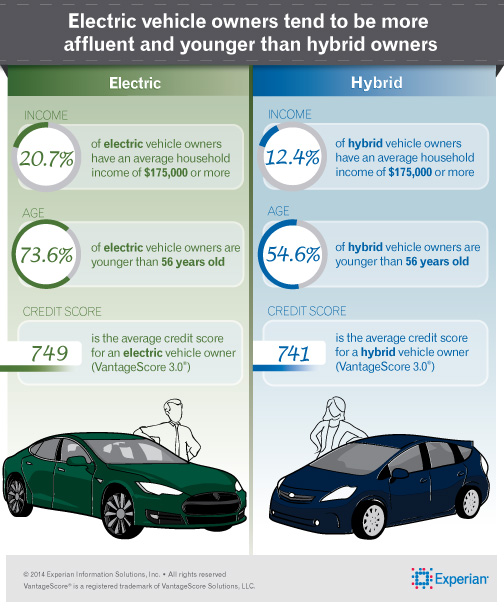