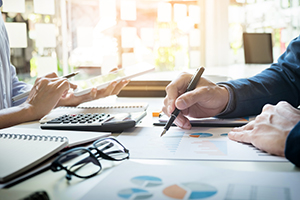 One of the biggest challenges marketers face when planning digital advertising campaigns is getting an adequate number of impressions that yields measurable results at the lowest possible cost. As agencies, operators and advertisers are increasingly challenged about media budget, it is more important than ever to plan campaigns that generate enough information at the lowest possible cost.

Through our design, deployment and measurement of advertising on a variety of platforms, Experian has developed best practices when planning digital advertising campaigns. We share some of these here, to help marketers with future campaign planning to maximize marketing effectiveness at a minimal cost.

The required number of touches will vary greatly among marketers, who must consider the expected time for a prospect to make decisions, competition in the marketplace, the novelty of the offer, and the level of engagement of the audience. For example, 15-second or 30-second audio and video ads played during scheduled breaks in programming may require more repetition than an ad played at a moment of high engagement, such as when the user interacts with the app, or during a “pre-roll” advertisement view prior to streamed content.

Determining the Target Number of Impressions Needed to Persuade

The next step involves determining how many exposures will be required to get the impressions or touch points needed to satisfy the consumer’s path to purchase. Let’s say a marketer has decided that four impressions are enough to make the case for the consumer to purchase, and that the marketer plans to reach 1 million prospects during the campaign. Perhaps the most intuitive solution is to provide four impressions for each reached prospect, such that 4 million impressions would be served during the campaign.

However, during a normal digital campaign, some prospects will have zero impressions while others will have many. Because of this, we recommend planning to reach a target fraction (typically 80%) of the audience to receive the required number of impressions for purchase.

The following table shows the predicted percent of audience exposed by average number of impressions served.

Advertisement decay, or the fading consumer memory that reduces ad effectiveness, should also be factored into determining the right number of impressions for a successful campaign. For example, if a campaign length is planned to be 6 weeks, but the half-life of the advertisement is only three weeks, then more impressions would be needed to attain the number of touches required for the path to purchase.

When planning campaigns for our partners, we adjust the target mean exposure frequency by the square root of the proportion of campaign length over advertisement half-life. For example, assuming a 3-week half-life and a 6-week campaign, we should multiply our target 5.5MM impressions by to get 7.78MM impressions.

In the table below, we’ve demonstrated several scenarios of varying advertisement half-life.

Other Considerations During Post-Campaign Analysis

Planning a successful campaign is critical for a test-measure-learn environment for an agency, operator, platform or advertiser. While initial up-front costs can be expensive, the long-term value to the business is significantly greater if tests are designed and administered appropriately. As a result, spending a little extra time thinking about your consumer’s path to purchase, exposure frequency, and the half-life of your advertisement can pay significant dividends in developing your digital advertising strategy.