Today we are celebrating Veterans Day in the United States. With deep gratitude for their service and the many sacrifices made for our country, Experian salutes Veterans across the country, and around the world, and we extend our warmest wishes for a Happy Veterans Day.

So, where are our Veterans?  Well, according to the U.S. Census many of our Veterans  are located in Montana, Wyoming, Virginia and Alaska. 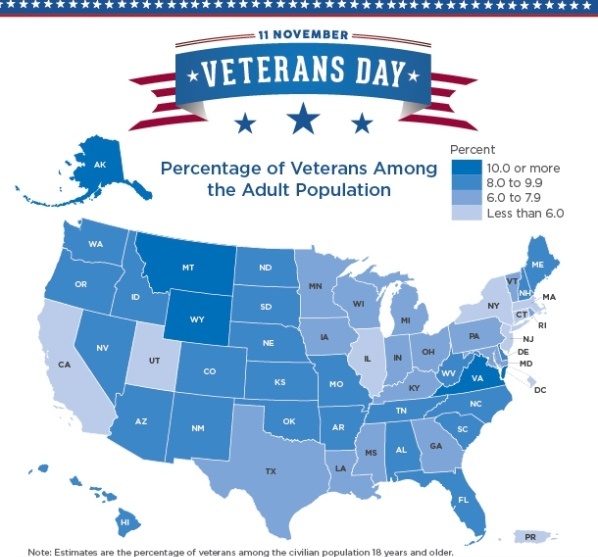 Veterans Day originated as “Armistice Day” on Nov. 11, 1919, the first anniversary marking the end of World War I. Congress passed a resolution in 1926 for an annual observance, and Nov. 11 became a national holiday beginning in 1938. President Dwight D. Eisenhower signed legislation in 1954 to change the name to Veterans Day as a way to honor those who served in all American wars. The day honors military veterans with parades and speeches across the nation and a remembrance ceremony takes place at the Tomb of the Unknowns at Arlington National Cemetery in Arlington, Va. The ceremony honors and thanks all who served in the U.S. armed forces.

The number of military veterans in the United States in 2017.

The number of female veterans in the United States in 2017.

The percentage of veterans age 65 and older in 2017. At the other end of the age spectrum, 8.9 percent were younger than age 35.

Veteran-owned Businesses in the U.S.

In the US there are around two and a half million businesses that are majority-owned by veterans and growing. Veteran-owned firms have receipts in excess of a trillion plus dollars, and annual payroll of almost $200 billion. These are not insignificant figures as Veteran-owned small business owners drive to succeed in their business while supporting job growth. To perform well they need continued support and commercial credit can be an invaluable tool to an emerging business and its longevity and stability in the small business development. 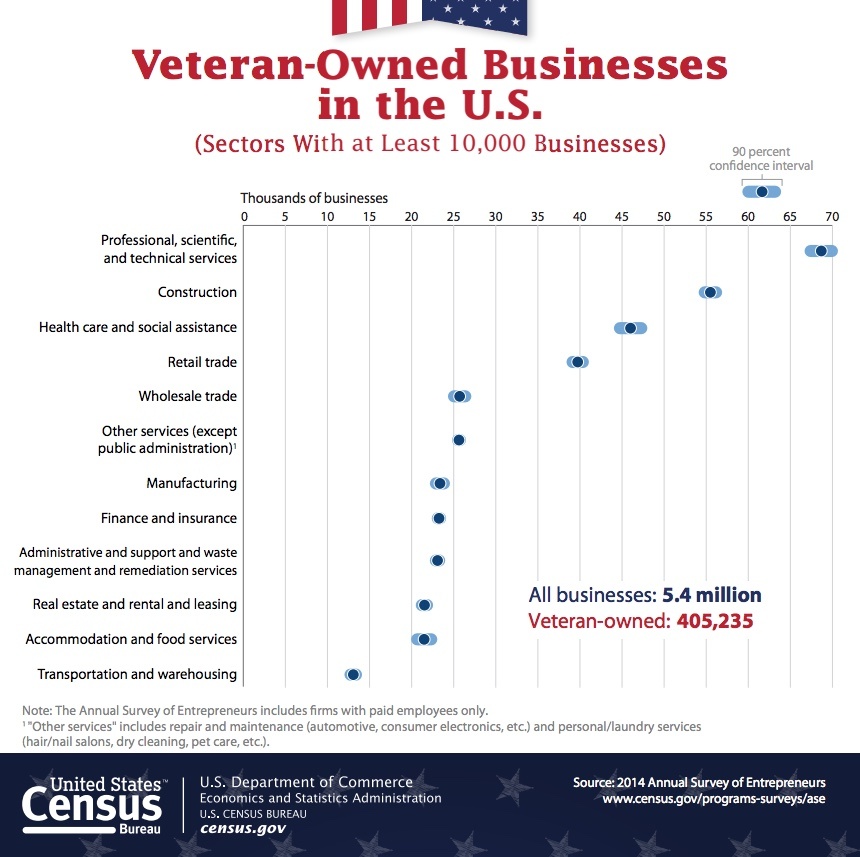 Veterans who own businesses in the US are an average of 4 years older than their civilian counterparts, and are 10% more likely to own homes. The strength of the housing market in the past few years has given small business owners the ability to source equity from their homes to strengthen their small business and to thrive.

Veterans are applying the tools, learning, work ethic and dedication learned from their military service to build stable businesses that support employment and the small business ecosystem.  We expect credit performance in the U.S. to remain strong in the short term but signals of approaching resets could change and impact the market in the short term. Veteran-led businesses will continue to charge forward and remain a vital part of our economy.