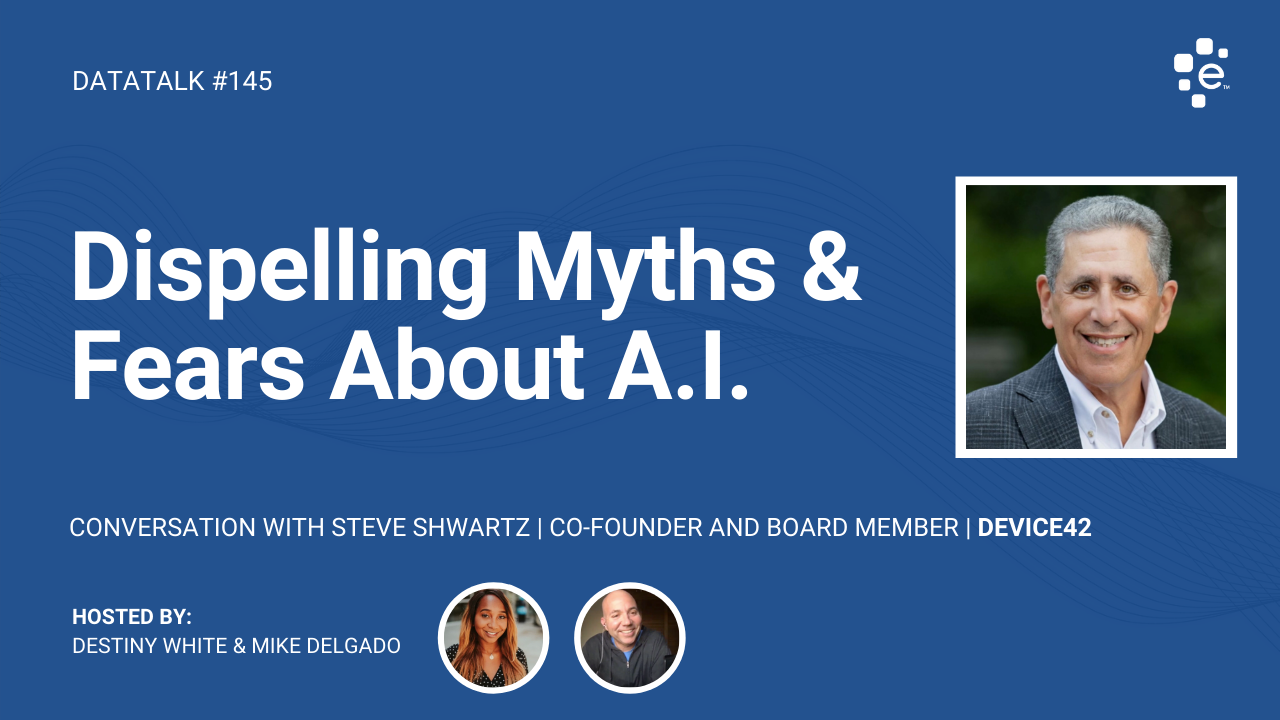 Every week, we talk about important data and analytics topics with data science leaders from around the world.  You can subscribe to the DataTalk podcast on iTunes,  Google Play, Stitcher, SoundCloud, and Spotify.

In this week’s #DataTalk, we chat with Steve Shwartz, co-founder of Device42 and author of the book: “Evil Robots, Killer Computers, and Other Myths: The Truth About AI and the Future of Humanity.”

In today’s show, we learn about Steve’s new book, as he dispels myths and fears surrounding artificial intelligence. Steve also discusses A.I. trends in sports, ways data scientists can decrease bias in A.I. algorithms, and the future of self-driving vehicles.

Video Highlights from the Conversation:

This show is hosted by Destiny White and Mike Delgado. Please reach out with suggestions for future topics or guests.

You can also catch the full video interview here.

Author of “Evil Robots, Killer Computers, and Other Myths: The Truth About AI and the Future of Humanity,” Steve runs a website that serves as a resource to educate individuals on artificial intelligence, as it contains a free 400-page A.I. 101 book. Steve started his Post-Doctoral career in the Yale University Computer Science Dept. of Artificial Intelligence program. He is the founder/co-founder of three companies in the A.I. field, including Esperant, which became one of the leading business intelligence tools of the 1990s, and Steve co-founded Device42, which is one of the fastest-growing software companies in the country.