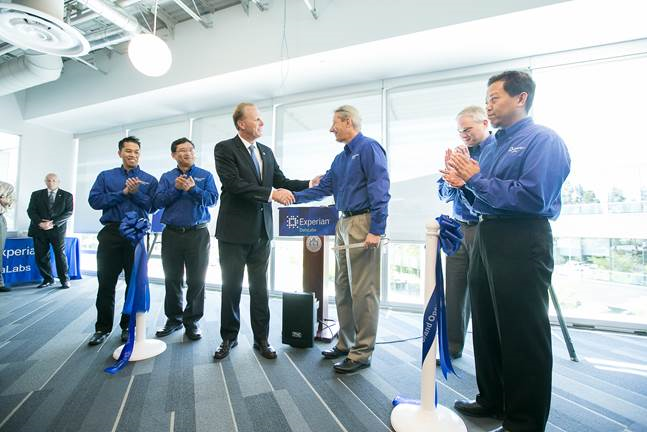 On Tuesday, Experian held a press conference and ribbon cutting ceremony with San Diego Mayor, Kevin Faulconer to announce and celebrate the expansion of the data and innovation lab in North America.

The new 10,000 square-foot state-of-the-art facility will allow Experian to use breakthrough experiments to good things with data.  Mayor Faulconer spoke about creating innovative jobs and opportunities in San Diego and welcomed the growth, ingenuity and creativity that Experian’s talented employees will bring to San Diego.

“At this point, I’d like to think of this not as a finish line for our labs but a starting point. We have a lot of great opportunity ahead of us, and we hope that in this lab we’ll start to achieve our vision around the future of banking, retail and automotive,” said Haller.

Experian DataLabs currently staffs 30 employees in San Diego and plans on doubling the team within this year.

Click the links below to view media coverage from the event.