The combined Bing-powered search comprised 28.12 percent of searches for the month, with Yahoo! Search and Bing receiving 14.95 percent and 13.17 percent, respectively. The remaining 65 search engines in the Hitwise Search Engine Analysis report accounted for 6.86 percent of U.S. searches. 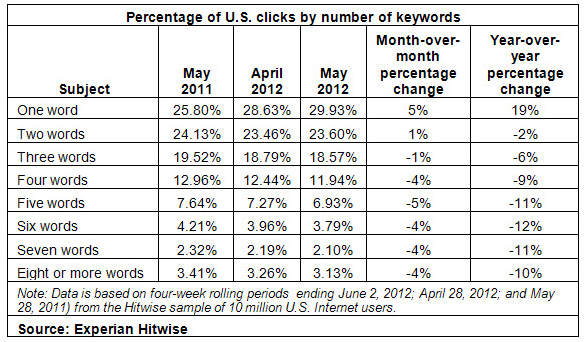 “As automated search features have rolled out across the major search engines, we can expect to see one-word searches continue to increase as they have over the past year,” said Simon Bradstock, general manager of Experian Hitwise. “The long tail is not going away, rather just becoming more intensified within the shorter queries, and in turn marketers need to focus more on how consumers start their searches.”