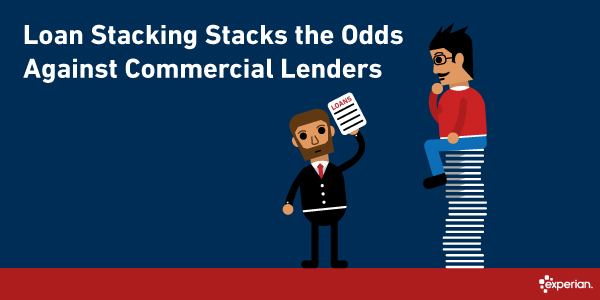 Loan stacking is a small but serious problem for Online Marketplace Lenders (OMLs). Often invisible to the issuers of commercial capital, businesses that engage in this insidious practice are significantly more likely to become delinquent on their payments and even default entirely on their obligations. If you manage a company that issues commercial credit, you need to be diligent in weeding out these bad players to protect not only yourself but your industry as a whole.

What is Loan Stacking?

Simply put, loan stacking is the opening of multiple credit lines within a short period of time. (Sometimes as little as 24 or 48 hours.) Because there is a natural lag in credit reporting, the lenders involved usually are unaware that other companies are transacting with the same customer.

On the personal credit side, loan stacking is a potential problem for borrowers who run their multiple credit lines near – or up to – their maximums and then find they can no longer meet all of their monthly obligations. However, it’s not uncommon for individuals to carry multiple credit cards, and most credit card companies already have reliable systems in place to ensure borrowers don’t get more credit than their incomes justify.

Things are different on the commercial side. Today, a lot of short-term borrowing occurs online through Merchant Cash Advances (MCAs). Repayment takes the form of weekly or even daily debits against the businesses’ cash receipts pulled directly from the borrower’s checking account. For example, a restaurant may take out a $10,000 cash advance, the lender then taking five percent of that restaurant’s daily receipts until the advance is repaid – with interest.

MCAs  are not technically considered “loans,” and thus are not subject to the same regulations and oversight as traditional commercial lending.  Such advances usually cover a period of four to eight months. Some can go as long as 12 months, but rarely do they go longer.

MCAs are most popular among retail stores and have helped many small businesses get funding when needed. However, problems arise when a business takes out several cash advances at the same time. Instead of paying, say, 5 percent of daily receipts to a single lender, the restaurant loses perhaps 20 percent to four lenders simultaneously. At this rate, the business becomes unsustainable and defaults.

Not only is commercial loan stacking a risky practice, it can be legally problematic. Many MCA providers are now placing anti-stacking language in their contracts that require borrowers to pledge not to promise their receipts to any other companies. Stacking loans violates this provision and thus may be tantamount to fraud.

How common is commercial loan stacking?

Based on our research and analysis, we believe that between five and six percent of all merchant cash advances are stacked. In 2013, the MCA market accounted for about $3 billion in transactions. By December 2016, that number had probably doubled. That means that between $150 million and $360 million in commercial loans are stacked. Granted, that’s a drop in the bucket for the $1.9 trillion commercial lending industry, but for a small company just getting in the business of making such credit advances, it could be a serious threat to their portfolio’s health.

Why do MCA lenders allow themselves to be pitted against each other in this fashion?  Blame the internet. The same internet that gives us the benefits of virtually instantaneous credit applications, reviews and approvals also makes it possible for businesses to easily make multiple applications within a 24- or 48-hour period. Many commercial credit reporting companies may provide updates as quick as 24 hours in some cases, a commercial MCA lender receiving a cash advance application may experience a slight delay in knowing if other lenders are working with the same customer.

As for borrowers, most don’t stack because they are not intending to commit fraud or otherwise game the system. They’re doing so because, at the time, they believe they have no choice. Running a small business is difficult. Businesses often operate on thin margins and owners may, at times, struggle to make payroll. If there’s a sudden setback or cash flow suddenly stalls, an owner may need a sizeable cash infusion just to keep the doors open. Being an optimistic lot, most owners who get multiple MCA loans do so in the belief they can quickly get over the hump, recover their losses, rapidly pay back what they owe and no one will be any the wiser. Sometimes, this strategy works. But too often, it does not. And that’s when things get nasty.

How to avoid loan stacking customers

If you are an MCA lender and wish to avoid loan stacking customers, you have three tools at your disposal:

For MCAs and all other forms of commercial lending to work, all parties have to play by the rules. Discouraging loan stacking not only benefits lenders, but also the borrowers who depend on the services these lenders provide. 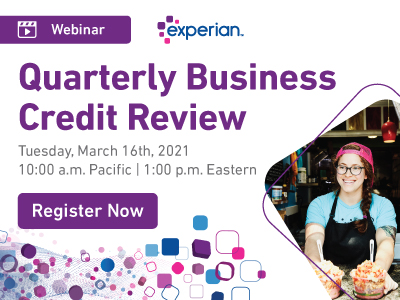