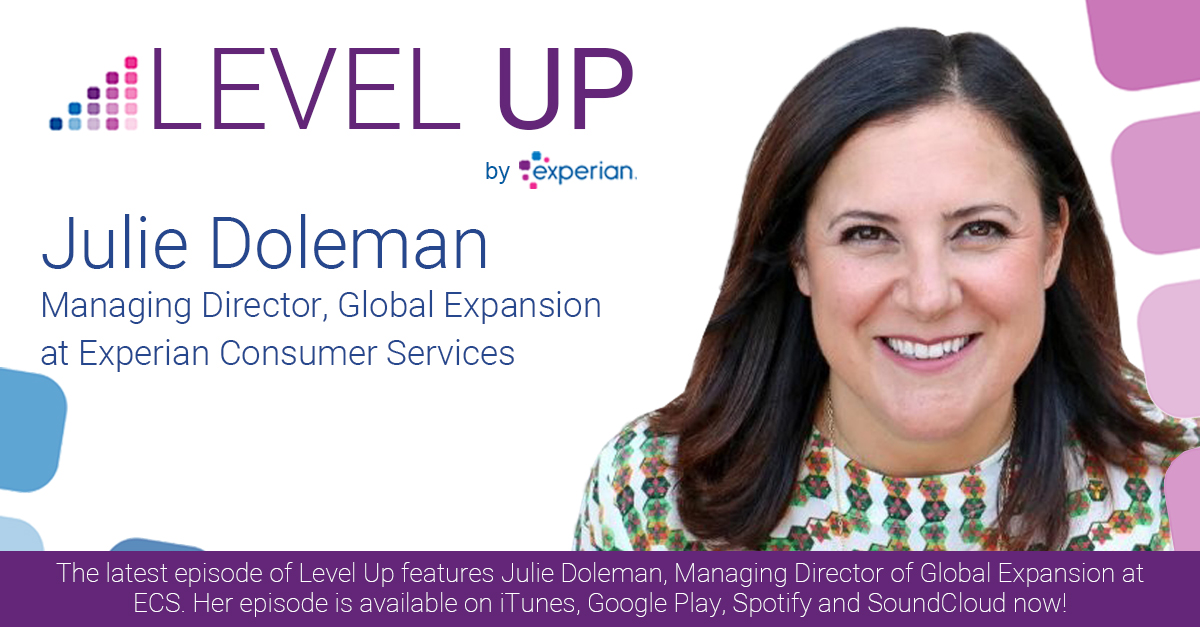 Most recently, we spoke to Julie Doleman, Managing Director of Global Expansion at Experian Consumer Services. Julie has been with Experian for 18 years and has worked to establish and build businesses in Brazil, Colombia, Peru, India, Uganda and more.

Here are some takeaways from our conversation with Julie:

Don’t underestimate the power of a good network.
When Julie made her way across the pond to work in the UK, she didn’t realize how important having a network was, something she felt that she lost in the move. Whether it’s friends, family or coworkers that have come to feel like family, your network is going to provide a great support system and it’s important to continuously build and improve it.

Take the chance to travel.
If it’s something you’re interested in, Julie highly recommends you raise your hand and let your managers and regional leaders know that traveling for work is something you are open to. Julie has gotten to experience various countries, cultures and people and in turn, she has been able to learn how to lead through influence and motivate different kinds of teams.

No one immediately nails the job.
Like Julie said, “If you don’t start by thinking to yourself, ‘I sure fooled them into thinking I can actually do this,’ you picked the wrong role.” Nobody completely nails the job in the first couple weeks and if you do, then the role wasn’t challenging enough for you. Remembering this is a good way to deal with your impostor syndrome.

Break up the monotony of the meeting.
As we deal with a global pandemic and working remotely full time, it’s only natural that our weeks are filled to the brim with meetings. This can be exhausting. Julie recommends breaking up the monotony however you can. Maybe you set aside time in the beginning and end to share about what’s going on in your personal life. Maybe you go on a walk during your meeting instead of sitting at your desk. Whatever it is, it’s important to make sure you aren’t experiencing burnout.

We were so happy to have the opportunity to chat with Julie for Level Up.