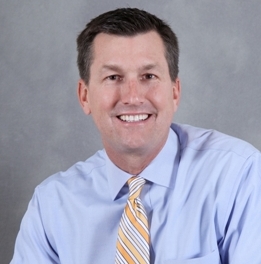 As you may have seen, 60 Minutes ran a story on the credit reporting industry tonight, and unfortunately, much of the story was inaccurate and misleading. The focus of the segment was on data accuracy and the results of the yet-to-be released FTC accuracy study.

Many parts of the story did not accurately reflect the facts that have been validated by independent third party studies, the industry’s position or Experian’s position. As such, we would like to clarify our industry position and specific allegations about Experian’s practices.

The Business of Credit Reporting
The core business of credit reporting agencies is ensuring the accuracy of consumer credit files. This helps lenders rapidly and accurately assess the credit risk of individual consumers and assures consumers that credit reports are an accurate reflection of their credit and repayment history. The more accurate our data, the more accurate assessment the lenders can make of consumer risk.

Data Accuracy – What You Didn’t See
60 Minutes showed FTC Commissioner Leibowitz saying that one out of 10 consumers might have an error that would lower their score. To clarify, the focus of the study was on “material” errors and according to the FTC’s own study, which the Consumer Data Industry Association (CDIA) commented on, “98% of credit reports are materially accurate.”

CDIA also shared with 60 Minutes that repeated studies have shown that despite the fact that billions of individual pieces of data are received and processed each year, the credit reports assembled provide highly accurate assessments of consumer credit history that both businesses and consumers can use to make informed financial decisions.

They pointed to the work done by the Consumer Financial Protection Bureau who looked at the issue of credit accuracy last December. Their analysis found that only between 1.3% and 3.9% of consumers disputed information in their credit report that they believed was in error. Even that number may overstate the number of actual inaccuracies, since the study did not indicate how many of the disputes were the result of an actual error, instead of mere requests to update information or the result of dispute requests from fraudulent credit repair companies who attempt to scam consumers into disputing accurate data. They also highlighted a recent study concluded by the Policy and Economic Research Council that found only one-half of one percent found an error that would cause the consumer to pay a higher price.

These studies also showed 60 Minutes that consumers who use the dispute process are generally satisfied with the results and that credit bureaus are handling disputes in a timely manner. In fact, the Policy and Economic Research Council study found that 95% of consumers were satisfied with the outcome of their disputes.

Experian’s Management of Dispute Resolution
60 Minutes interviewed three former Experian employees on how they allegedly handled dispute resolutions. As we informed 60 Minutes, these are the details about the important process we employ to manage disputes:

“We cannot speak to the motivation of the statements attributed to former Experian employees, particularly as the comments are out of context and simply not reflective of the way Experian runs its business. We can say without question that Experian is focused on providing the highest quality services to consumers. That commitment is reflected in consumer surveys in which 95% of consumers are satisfied with the results of their dispute requests. In addition, Experian does have procedures where its agents can and do question dispute responses directly with data furnishers. Our agents are trained to be proactive when considering information submitted by consumers; they do in fact have the ability to include supporting information provided by the consumer with each dispute.

Experian does drive for efficiency in its processes in full support of consumers’ needs for speed in resolving their issues. Importantly, however, our agents are empowered to resolve consumer disputes incorporating the highest quality and customer service without time parameters.

Regarding the former employee’s comment that “he could not question or investigate a furnisher’s response,” that is simply not true. We utilize a specialized platform, created by our industry and mandated by federal law, for our agents to effectively communicate with data furnishers when processing disputes. The document that the agent reviews includes both the consumer’s dispute as well as the data furnisher’s response. If the agent feels that the response is unclear, they are empowered to phone verify the response. This has been our agents’ process for many years.

Consumers need speed in resolving their disputes, and we direct our efforts toward that goal. We complete dispute processing in 14 days on average, well below the required 30 day turnaround required under federal law.”

Accusations of Breaking the Law
Among the glaring errors, Ohio Attorney General Michael DeWine stated that companies in the industry are in violation of the Fair Credit Reporting Act. This statement demonstrates both a misunderstanding of the law and the efficacy of our dispute systems. Experian is in full compliance with all relevant laws and regulations. And, from an industry perspective, Federal courts have found no violations on multiple occasions. Further, Congress directed the Federal Trade Commission to conduct a year-long review of the dispute process and they did not find any violations of law.

This industry is under continuous scrutiny, but we at Experian do not let that deter us from our commitments. We know there is always more work to do to make the system better, and rest assured, this is core to our commitment. We have a long history of doing what’s right for the consumer. I would invite you to visit “Our Commitment” to learn about how we approach data accuracy, customer service and consumer education.