For the month of May, as we head into Memorial Day, the Small Business Matters blog will feature a series of posts highlighting military veterans who went into business for themselves. We’ll ask them about making the transition from military to small business, what challenges they faced, and how their career in the service prepared them to run their own small businesses.

Many veterans are attracted to military service because of world travel and learning opportunities. With permanent changes of station (PCS) and the responsibility of mobilization at a moment’s notice, active duty veterans will likely have visited several other countries before retiring or transitioning from the military. On these assignments, troops will find themselves in unfamiliar territory, unable to speak the language and often surrounded by people and cultures they do not understand.

One such veteran immersed himself in the culture of his station in a foreign country and came back to the States inspired to build a business. 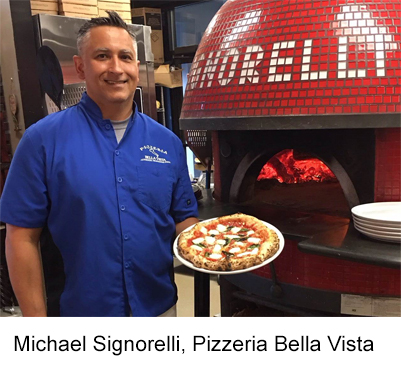 Raised near Niagara Falls in an Italian/Polish community, Michael Signorelli grew up around good food and already considered himself a “foodie”. When he joined the Navy, he was offered an assignment working with NATO in Naples, Italy for 3 years.  He imagined he would be enjoying a glorified version of the food he grew up eating. He realized immediately that “true Italian food from the motherland is wildly different from Italian American food”.

For 14 years, Signorelli worked in administration, finance and personnel in the Navy. For his last 10 years, he was commissioned as a Limited Duty Officer. These assignments instilled business organizational skills and taught him how to train and lead people, skills that would be necessary for his future business.

What did you like the most about being in the military?

“I cherished every single tour of duty because I was able to learn something in every place I went and every job I had. Most of it was good. My approach was to learn something from everyone. Naples was my best tour. Who knew that tour would develop what I would do post-retirement? It would have been something along the lines of Italian food but if it wasn’t for Naples, I wouldn’t have even tried it.

My second best tour was Djibouti, Africa. Our goal was to win the hearts and minds of the people to keep Somali warlords from setting up terrorist camps. I saw people struggle and build houses out of rocks – stacked them like you’ve never seen them stacked before….

Because of that time, I don’t like to waste things. It was rewarding and when I think I’m having a bad day or my kids or employees think something is challenging, I bring those moments up as teaching moments. If you don’t have the opportunity to see that, you’d never know. I worked with remarkable people that influenced me and made me a better leader and groomed me to be an entrepreneur. It gave me the tools, the exposure and diversity of the jobs. The Navy prepared me in a way that Harvard Business school couldn’t have. I loved every minute of it. I still interact with people in the Navy.  We work hard but the payback is in experience. You can’t always be compensated in money.”

“Pizza making is a respected craft in Italy. It’s ingrained in their life, runs in their veins. When you show interest, they want to share their story. In Naples, even through the language barrier, I learned ‘survival Italian’ so I could learn everything I could about Neapolitan food and pizza. My lifelong dream was always to open a restaurant.

I went through the rest of my Navy career always looking for that pizza. We ended up getting stationed near Buffalo, NY. We missed it so much we tried to get back to Italy, but we couldn’t, so we took a tour in Sardinia.  I learned more about that unadulterated island where farmers and winemakers work into their 60s and 70s…. it’s just amazing.

Tell us more about your business.

“We decided, after I ended up in VA (after 14 years in the navy), we’d build a wood-fired oven in our backyard. We started cooking pizzas for ourselves, entertaining neighbors and friends. It was great practice.

When we started thinking about retirement from the Navy, about 3 years before, I discovered a company in Colorado who was building wood-fired ovens on trailers – like a food truck –  built to last for 10 years. For our $19,000 investment, we could test the market in Virginia to see if Neapolitan pizza would take off. We started doing small catering gigs and the popularity soared. We were requested to do corporate events, big weddings, local city events in the park…

The craziness started but we still had full time jobs. My wife was permanent substitute teacher and I was still in the Navy. Evenings and weekends were spent doing these mobile events. It was a great platform and great training. We tested the market and got out of it what we wanted. Then it was time to hang it up in the Navy and enter this restaurant idea.

It wasn’t easy to graduate this idea, but we weren’t exposed to Mother Nature anymore. Wind messes up tents or temperatures can ruin a party, but when you’re committed to a private event, you do it. Working in a restaurant was easier but it was a big learning curve. We worked our butts off and plowed to that goal. Now it’s 3 years later. We got rid of the mobile oven – we wanted to keep it but we sold it because the restaurant was keeping us so busy.”

Michael and his wife opened Bella Vista Pizzeria in September 2015.

What is the greatest thing about being a small business owner?

“That dream I had to start a restaurant? I get to walk in that door every day and see it and touch it and live it and there’s nothing more special than that for me. And to be able to give back. I support special programs here locally. It’s great to be in a position to be able to live off of something you created and be able to help people in a small way, like delivering pizzas, one of the most favorite foods in America, on National Pizza Day to a food bank. So rewarding. “

What is the hardest thing about being a small business owner?

“In the military, we’re constantly faced with ‘you gotta do more with less’ and ‘get the job done’ mentality. And you usually do get the job done. Then you start your own business and suddenly… remember what I did in the Navy? My job was to be somewhat organized and now I’m having to order food and track inventory. The mobile business was easy for me to track everything and now I’m doing pest control, dishwashing, ordering food from different sources, wine, beer, payroll, and suddenly I was completely disorganized. I woke up one day, 3 months behind in reconciling, leading up to doing my taxes, and I’m in there doing business and making pizzas. I had to learn that I couldn’t do everything. I had to leave some things to the professionals. I freed my time up by paying a fee for an accounting service and payroll service and that lifted an incredible burden on me and allowed me to focus on training of staff and execution of day-to-day operations. I suddenly couldn’t do everything. I was, for the first time in my life, overwhelmed. Of course, my wife helped but we were both overwhelmed. We really loved it, and we were good at it. We had to learn to get good at other stuff or get help with it.”

Did you tap any Government programs to help launch your business?

“No but I tried to. I banked forever with Navy Federal. I didn’t pursue any venture capitalist or loan programs. I went to the bank I’d went to for years. I first asked for $80,000 to help. They looked at my business plan and they told me no, they’re not a business-centric financial institution. They rejected the $80,000 but favorably endorsed me for a government small business loan with the SBA. SBA came back a month later and said they were unable to back a ‘mom and pop’ restaurant because the rate of failure is too high. So, my loan officer at Navy Federal went back to the folks in D.C and got me a $35,000 loan, which was helpful. I funded a majority of the business out of savings.”

Could more be done to help Veterans go into business for themselves?

“There are a lot of programs out there – I’ve looked at some – but there’s a lot of bureaucracy. Sometimes it could be made so hard. For me, when I got rejected by the largest government-backed organization, I felt like the smaller programs wouldn’t help.”

For fun, can you tell us what makes Neapolitan pizza different?

“Did you know that Neapolitan pizza just won Unesco’s Cultural Gift to Humanity? The Vera Pizza Napoletana Association governs that Neapolitan pizza is always done the right way with only fresh ingredients, a certain type of flour, a specific type of tomatoes and cooked in a 900-degree oven for 90 seconds. The crust is charred and the toppings soupy. It’s like no other pizza you’ve ever tasted and it’s not a pizza you can take to go. If you’re ever in Virginia, stop by and give us a try!” 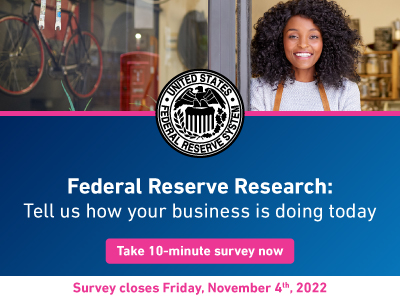