In celebration of Women’s History Month, Yelp has made it easier for customers to tell if a business is Woman-owned by enabling a special “Women-owned Business” attribute on their Yelp page. 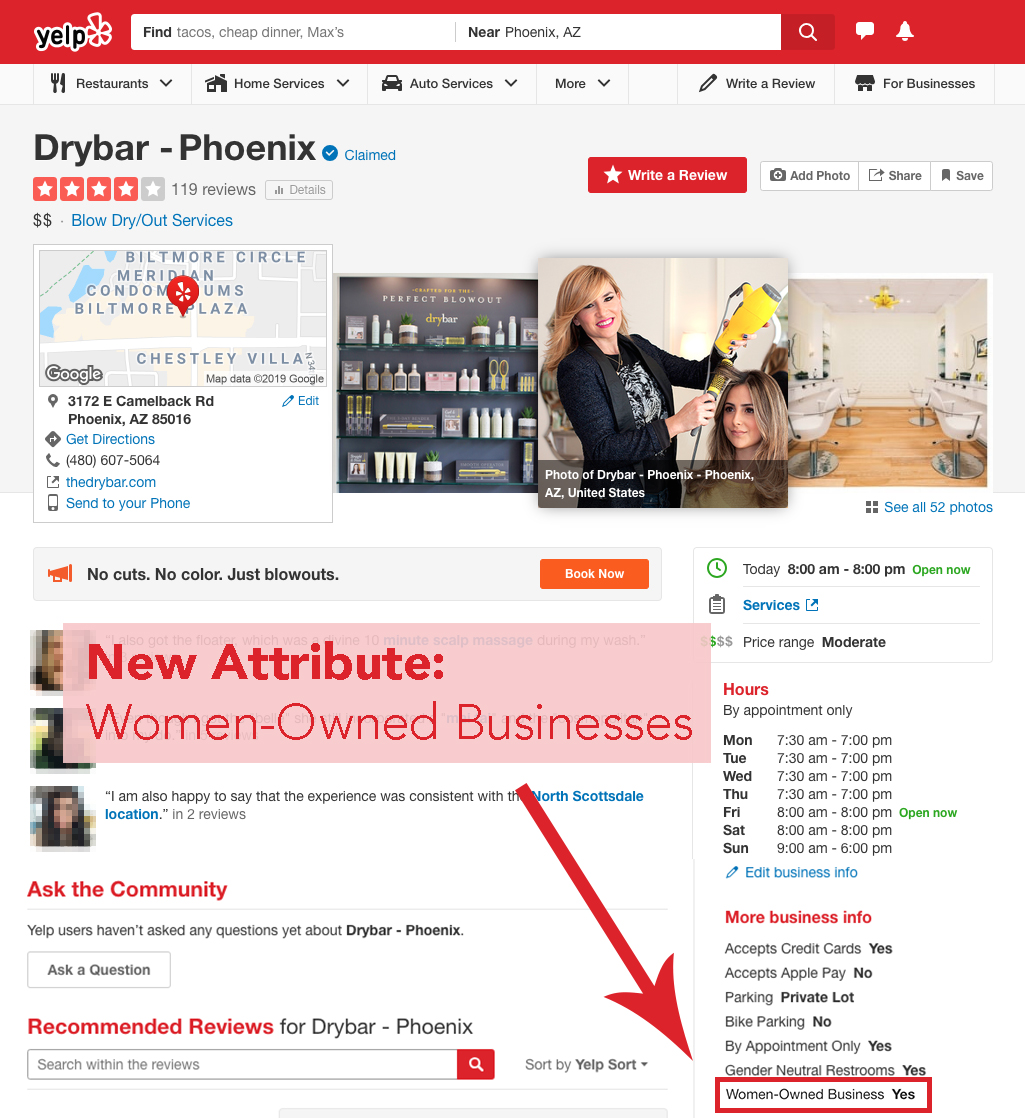 “We’re excited to help raise the profile of millions of women-owned businesses who drive the local economies of our cities and towns,” says Miriam Warren, Yelp’s vice president of engagement, diversity, and belonging. “We’re hopeful that this new attribute not only makes it easier to identify and connect with great women-owned businesses on Yelp, but that it also drives more dollars directly to the bottom line for these female-owned businesses.”

To help build awareness among Women Business Owners, Yelp has partnered with Rebecca Minkoff’s  Female Founder Collective to automatically list existing members as “Women-Owned” on their respective Yelp pages.  If you are a Woman Business Owner and would like to self-identify as Woman-Owned-Business, you can do so by updating your Yelp page.

Much has changed for Women in the past five years.  Women are feeling empowered — according to Visa’s  State of Female Entrepreneurship report,  79 percent of American female entrepreneurs feel more empowered than they did five years ago. But 73 percent found funding to be a significant challenge in getting their business off the ground.

By shining a light on Women-owned businesses, Yelp is taking an important step in highlighting female entrepreneurs, making them easy to identify and support.