Identity Theft Movie: Lots of laughs, but not always accurate 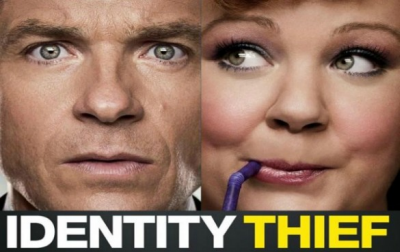 Last week a group of Experian employees visited a popular Austin movie theater, the Alamo Drafthouse, to catch a private showing of “Identity Thief,” the new comedy starring Melissa McCarthy and Jason Bateman. It was a fun outing with our co-workers, but of course, being in the identity and data protection business, we couldn’t help but point out a few items the movie didn’t get quite right.

Much of the movie’s plot centers around Jason Bateman’s character going to find the woman who stole his identity so he can bring her back to Colorado where she can be arrested for the identity theft. In most cases, the thief and the person whose identity was stolen do not meet, nor is there a need to make them physically present to be charged with the crime. A majority of identity theft is done from countries outside of the U.S., making it even more difficult to track and catch an identity thief.

In the movie, Melissa McCarthy’s character goes on wild shopping sprees, using her stolen identity to rack up giant bills. While that certainly still happens, identity theft now focuses more around your online accounts and personal information versus your credit cards. We’ve found that an email and password combination can be as valuable to cyber criminals as a social security number. Getting into your online accounts, such as an Amazon.com or banking account, can be more lucrative to them than a stolen credit card or two.

Regardless of any errors, the movie brings an important issue to light – no matter who you are, your identity could be stolen and constant vigilance is key.

Did you see the movie? Let us know what you thought of it on Facebook or Twitter.

Child identity theft can be difficult to recognize. Avoid it by looking for indications that someone is illegally using your child’s personal information.

Why Should Consumers Use Child Identity

Child identity monitoring services can provide alerts of potential theft to parents and help safeguard their children’s identity and credit.

Alert your customers before they become a victim of identity theft and offer unrivaled protection from dark web threats with CyberAgent Dark Web Monitoring.

Read More
Shining a light on the world of financial education and identity protection. Explore our opinions, technologies and strategies for success.
Learn More