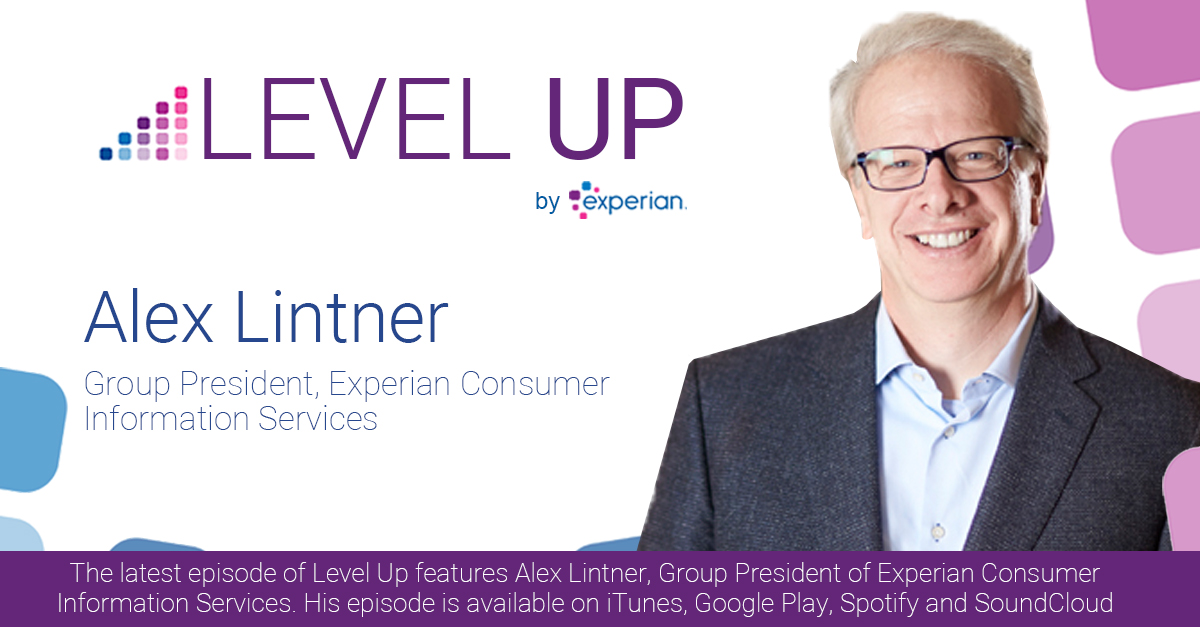 Most recently, we spoke with Alex Lintner, Group President of Experian’s Consumer Information Services. In this role Alex is responsible for overseeing Experian’s US consumer credit bureau and the Group’s Consumer Assistance Centre (MCE).

Here are a few takeaways from our discussion with Alex:

Say yes more often.
Saying “yes” more often is actually one of Alex’s top three pieces of advice for success in your career. Here are a few things you should consider saying yes more often to:

Strategy doesn’t move mountains; bulldozers do.
Alex believes that business is not about the idea itself, but getting that idea done—and done well. It’s not enough to talk about what you want to do; you have to have the ambition, tenacity and grit to execute your ideas. Here are a few things you can do to build your just-do-it mentality:

We were so happy to have the opportunity to chat with Alex for Level Up.