WWE is one of the most well-known and beloved entertainment brands in the United States, and it has evolved to allow today’s young generations to interact in radically new ways. At the helm of this transformation is Steph McMahon, Chief Brand Officer for WWE, who sat down for an interview with Ashley Johnston, SVP of Global Marketing at Experian Marketing Services, at our annual Client Summit this summer.

Watch the full video for a peek into what makes WWE so special, and how Steph enables that feeling for each consumer.

The secret to WWE’s success? The fans

A key takeaway from the interview is the importance of fans to the longevity of the WWE brand. As Steph McMahon explains, fans – called the WWE Universe – act as live focus groups for new ideas and characters. Within the arena, they openly share their feelings on plot lines and characters. Even out of the arena, fans have an active voice through social media. 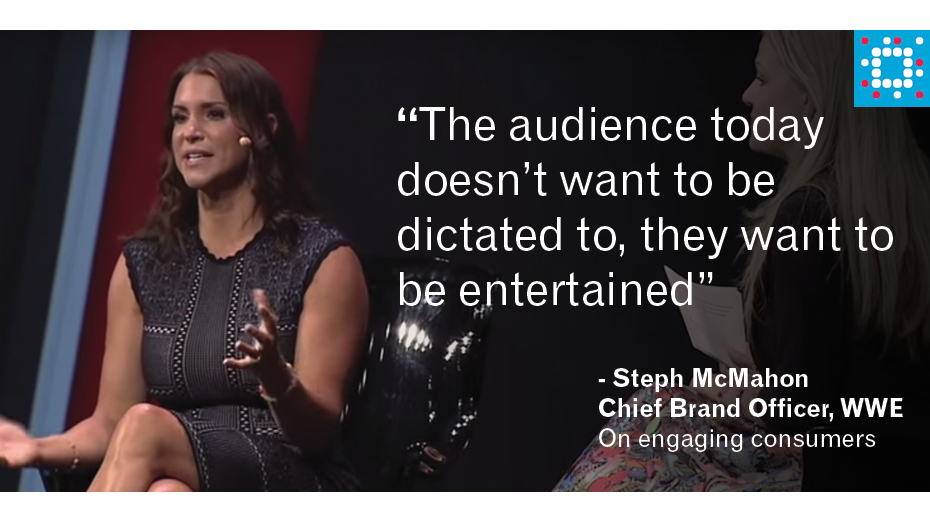 Watch the full video to hear Steph’s beliefs on: