Why TV Ads Need to Evolve 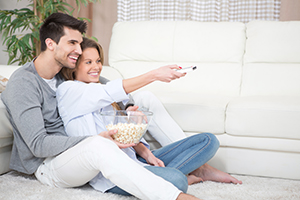 It’s no secret that TV advertising needs to evolve and get smarter. Viewers no longer consume TV like they did in the past. The growing popularity of DVRs, cord-cutting and OTT have completely changed how programs are watched; making the TV experience more advanced and complicated – for both viewers and advertisers. However, the TV commercial has been slow to adapt to the consumers’ new habits. Today, many advertisements are still delivered to an audience based simply on age and gender. That old approach to TV needs to evolve to be effective for today’s brands. According to research from eMarketer, in 2017 we saw the first drop in TV ad spend since 2009. Spending declined 1.5 percent in 2017 to $70.2 billion. And it’s expected to decline another 0.5 percent this year and 1 percent in 2019 — for at least three straight years of TV ad-spending drops.

The good news is that the TV ad industry is starting to fight back by providing more and more options to reach unique TV audiences. Networks and cable providers are becoming smarter by taking advantage of advanced data and technology to better uncover the uniqueness of their viewers which means more effective media plans and delivering more relevant ads for buyers. Earlier this year, Google sponsored an ad-free segment of “The Late Show” on CBS. This allowed CBS to air more programming to the appreciative viewers, while allowing Google to still brand their Nest Hello video doorbell. Cable and satellite providers continue to grow the number of addressable-ready TV households and, in case you missed it, OTT providers now account for 51 million households. Together, a broad swath of the country can now be reached via targeted, data-driven advertising that can make TV effective for brands that normally couldn’t justify large TV ad spending.

One of the ways that advertisers can overcome the downside of traditional television advertising is to implement addressable TV buys, which allow brands to use data to define a specific audience and deliver more personalized ads no matter what program they are watching. Traditional TV buying is based on simple age/gender combinations, or is contextual-based on the network programming where the ad is running. Now, that approach often too broad and wasteful or misses the audience entirely. Addressable TV gives advertisers the ability to define an audience based on purchase history, subscriber demographics, behavioral data, third-party data, etc. This allows TV buyers to reduce waste and make better marketing decisions—only paying for impressions to their intended audience and making the ads more relevant to the consumer.

We believe that targeted advertising is the future of TV and we’re not alone. Many industry experts believe that addressable television advertising has reached its inflection point and will grow quickly. In fact, it was predicted that US addressable TV ad expenditures will grow 65.8% and reach $1.26 billion in 2017. We’ll know the exact numbers in the next few months, but what we do know now is that addressable advertising gives brands the opportunity to make better marketing decisions, reduce media waste and interact with people in more meaningful ways. And, isn’t that what we are all trying to achieve?