Data for Good: Helping Those in a Time of Need 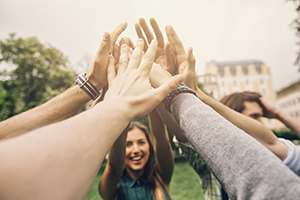 When Hurricane Harvey hit the Texas Gulf Coast last summer, it affected nearly 13 million people and caused an estimated $125 billion in damages, marking the Category 4 storm as one of the costliest natural disasters in the United States. Flooding forced thousands out of their homes and into shelters, and by early September, nearly one million people registered with the Federal Emergency Management Agency for aid.

In a critical time of need, we knew we wanted to help. And, we knew data and analytics could help the recovery relief efforts.

We aligned with SP Group, a management consulting firm that specializes in data analytics and market research, who conducted an analysis using Experian ConsumerViewSM and CAPE data, as well as Hurricane Harvey damage data from the Federal Emergency Management Agency. Using this data, SP Group assessed damage from the storm along with general economic distress, which ultimately enabled a more targeted relief approach.

Having access to valuable data and economic variables was vital because it enabled SP Group to identify the neighborhoods that needed the greatest and quickest relief. The most significantly distressed neighborhoods were in Harris County, Texas, where the average household income is $25,000, whereas in the low distressed neighborhoods, the medium income was about $66,000. It turns out there was more than $372 million in housing value at risk.

While we might think of data and analytics as an important tool for marketers and advertisers, it can play a pivotal role in helping others in times of need. By tracking certain metrics, major relief organizations like the Home Preservation Exchange Forum and the National Low-Income Housing Coalition were able to come together to provide thousands of people with timely help after a natural disaster.

When disaster hits, analytics helps us turn our insights into action. And that’s the true meaning of data for good. Download the SP Group Case Study here.