What Do Credit Scores Tell Us About the Health of the Economy? 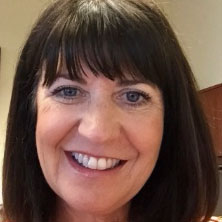 Most headlines these days are telling us that the economy is strong and the macroeconomic indicators suggest there's good momentum as we move into 2018.
So, has the (mostly) positive economic climate led to a positive "credit economy"?

"Happily for all of us, the economy seems to be perhaps fully rebounded from the recession," said Kelley Motley, Sr. Director, Analytical Consulting for Experian.

Experian's State of Credit report from 2017, an analysis of all things credit, details the geographical and generational breakdown of average credit scores, how much credit consumers are using and how they are paying it back.

On the whole, the analysis gives the economy high marks, showing that consumer credit scores are trending up, as are other important indicators of credit health. We'll take a closer look at all of this, including the economic health of small businesses, below.

The average VantageScore was 675 in 2017, up two points from last year. This was the highest average score since 2012, and only four points lower than the pre-recession 2007 average of 679.

"We know, from previous years, that credit score movement is slow when you are talking about national averages, so even a point or two can show the gains," said Motley.

Another important discovery in the report was the fact that there were more Americans with very high scores (Super Prime) than very low scores (Deep Subprime). In 2017, 22.3% of Americans had VantageScores between 781-850, up from 19.8% five years ago.

How Is Credit on Main Street?

The Small Business Administration says 46% of all small businesses use personal credit cards, so having high consumer credit scores is an important factor in financing their business at reasonable terms.

The Main Street Report, a report developed by Experian and Moody's Analytics that provides insights on the financial well-being of small businesses, confirmed that credit conditions for small businesses are looking good.

As confidence in the economy has elevated, utilization of credit among small businesses has increased. Credit balances were up 8.8% year-over-year, while available credit increased by 4.5%, according to Experian's Main Street Report.

Consumers Are More Confident Than Ever Before

According to Motley, consumer confidence is a key indicator of how consumers use credit. "If the mindset of consumer is ‘I'm scared or nervous if I can get a job, or not a good job' they might start hoarding and not spending."

In November, the Consumer Confidence Index reached a 17-year high. The index is a barometer of the health of the U.S. economy and based on consumers' perception of current business and employment conditions, and expectations for the next six months.

And of course, a strong economy drives confidence. The Wall Street Journal reported that last week, jobless claims plummeted to a 45-year low of a seasonally adjusted 220,000.

Consumer Are Spending, but Are They Paying?

It's typical that if you have more spending on credit, delinquencies increase as well. However, Motley said the increased delinquency rate was not terribly concerning.

"Delinquencies are still low, especially compared to the during the recession, she said. "They are starting to tick back up, but still lower than they were."

Late payments are up in most areas of lending, and some analysts say the high credit card delinquencies are the most problematic. Financial Times reported that the big four retail banks (JPMorgan Chase & Co., Bank of America Corp., Wells Fargo & Co., and Citigroup Inc.) had a close to 20% jump in losses from credit cards, and pointed to consumers' inability to keep up with payments as the reason why. Wells Fargo noted that recent hurricanes in Florida and Texas had an impact on default rates.

The S&P/Experian Consumer Credit Default Indices measure the risk of defaults across autos, first and second mortgage and bank cards.

In the latest release, issued Jan. 16, 2018, David M. Blitzer, Managing Director and Chairman of the Index Committee at S&P Dow Jones Indices said, "The default rate on bank cards has been rising consistently since December 2015. Continued low unemployment and low inflation, rising home prices and stock market gains combined with gains in consumer confidence to support strong gains in retail sales in the last four months of 2017. However, the same expansion in consumer spending is now appearing in the bank card default data."

According to Motley, the biggest sign of risk now is student loan debt, which has shot up over the last four years. Federal Reserve data from Nov. 2017 showed that the 44.2 million Americans with student loan debt owed $1.48 trillion.

Student loan debt can definitely be worthwhile if it leads to future employment and a means to pay it off. However, if students take on the debt, then either don't graduate or can't get a job, that debt can become a ball and chain.

The New York Federal Reserve data states that the median salary for recent college graduates—the point at which half earn above and half earn below—stood at $43,000 in 2015, up from $39,992 the previous year.

Another issue with student debt is that many young adults taking on this debt are new to credit. They have not had much experience with managing credit, so delinquencies, followed by fees and extra finance charges, can make their debt load increase quickly, and this extra cost can be hard to handle.

As far as the credit economy, "It's about as good as it gets," said Motley, which she said is the prevailing opinion of the credit data "wonks" at Experian. These folks crunch credit data all day long, and they are responsible for the detailed analytics in the State of Credit report.

The credit economy is humming, but that doesn't mean you should ignore any of the golden rules about managing your credit and keeping your credit scores high.

This 'Prolific Form of Cybercrime' Is Coming For Your Tax Return

How Soon Will My Credit Score Improve After Bankruptcy?

Why Did My Credit Score Drop?

Find Out Which Accounts are Hurting Your Credit

Are My Mortgage Inquiries Hurting My Credit Scores?