How to Teach Your Child About Identity Theft 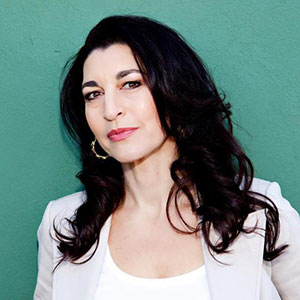 Children tend to be trusting by nature, so if someone—especially an adult—asks them for their personal identification, they may simply oblige. If they do, they will open themselves up to identity theft.

Although no one wants youngsters to be frightened or jaded, they should know how to guard their personal information. The fact is, minor identity theft is a major problem. According to the 2018 Child Identity Fraud Study conducted by Javelin Strategy & Research, over 1 million children in the U.S. were identity theft victims last year. So if you haven't done so yet, it's time to teach your kids how and why they need to keep their identity far from the bad guys. Here are five ways to help your child protect their identity.

1. Review What Personal Identification Is and Why It's Precious

There are all sorts of things that make up a person's identity, and your child may only know a couple of them. Discuss with them the essential elements of their identity, which are:

Explain that all of these identifiers show the world who he or she is, so they must be divulged only in the right circumstances. Consider your child's age and unique comprehension level when discussing identifiers with them, says Charity Lacey, vice president of communications for the Identity Theft Resource Center. Be positive, though. "Don't scare them, but convey a sense of urgency," says Lacey.

2. Explain What Identity Theft Is

The concept of identity theft can get complicated. It comes in a variety of forms, so stick to the basics when discussing it with your child. You can tell your child that identity theft is when someone uses your personal information without your permission to commit a crime. Those crimes can include opening credit card accounts in your name or selling your information—which could cause you serious financial problems later.

Set rules for online behavior. For social media sites such as Instagram and Snapchat, tell your child to not post anything other than his or her name—so no address, phone number or photos of documents (such as that freshly issued driver license your 16-year-old is so proud of).

"As for emails, kids need to be aware that when receiving and responding to them, any files they download or links they click could be used to infect their computer and steal information about them," says Robert Siciliano, security awareness expert and CEO of identity education firm Safr.me.

Tell your child to look out for people who ask probing questions. If the person seems to be snooping or spying, or is in any way invasive, there's a good chance the intention is to steal their identity. Assure your child that not responding isn't rude; it's the right thing to do. Identity thieves use emails, texts and fraudulent websites to "phish" for identity information. Help your child report all suspicious activity to the Federal Trade Commission at FTC.gov/complaint and forward phishing emails to spam@uce.gov.

4. Teach Them How to Handle Identity-Filled Documents

Convey to your child that identification data is not like a toy that can be forever lost. Once the information is out there, it's hard to get it back. Help your child deactivate unwanted social media and gaming accounts. Phones and tablets need to be wiped clean before they're sold or given away. Your child may carry paperwork containing personal information to school or camp, so put it in a sealed envelope with the name of the person or the department. Emphasize the importance of immediate delivery.

If your teenager is job hunting, explain that it's best to leave the SSN field on applications empty. "They can write next to it, ‘To be provided upon employment,'" says Lacey. "The fewer times they list it, the better." And never, ever leave documents that contain personal data around where they might be found. Just as dirty dishes stacked up in the sink can invite unhealthy visitors, so, too, can paperwork filled with identification information.

5. Explain What a Credit Report Is

"Teach your kids about credit reports and what they are for, starting when they're in the sixth grade or so," says Lacey. Explain that fraudulently opened credit accounts will be listed on your child's credit report. When the thief borrows money and doesn't repay, it will indicate a series of late payments. After the account is significantly behind, the creditor will likely charge the debt off and send it to a collector. All this will make a mess of your child's credit report, and though it can be cleaned it up by disputing the fraud, it's a process best avoided in the first place. Which is why you're having this conversation, right?

It can be terribly hard for children to go against the wishes and wills of an adult, but sometimes they must. Your child should never feel pushed into providing his or her identification information to anyone, even if it's a relative or family friend. In fact, the Javelin study found that 6 in 10 child identity victims knew the identity theft perpetrator.

"You have to tell your child that not every adult has his or her best interest in mind," says Lacey. So empower them to tell you if they feel someone is asking too many personal questions or wants to look at documents they have no business seeing. And if you're not around, encourage them to report the problem to a trusted person, such as a teacher or other authority figure.

The good news is that when you have open discussions with your children, you are giving them what they need to avoid a crime that can result in serious damage. Don't delay, but do check to see if thieves have already struck by getting a free Child ID Scan. The sooner you attack fraud, the easier it will be to come out victorious.

5 Ways to Protect Your Identity While Traveling

Everything You Need to Know About Credit-Builder Loans

What Is Child Identity Theft?

Should You Freeze Your Child’s Credit File?

What to Do If Your Child’s Identity Is Compromised

5 Ways to Protect Your Children’s ID When School Starts